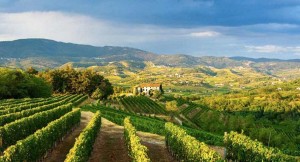 We have no doubt that you are familiar with the Italian national cuisine and that it is one of your favorite cuisines. But besides the popular Italian dishes that the country is famous for worldwide, it also has a great regional cuisine, which also offers not only a special variety of dishes, but also tastes that can surprise you.

One of the regions that greatly differs from the traditional Italian cuisine is Friuli – Venice Julia and we offer you to enjoy with us a culinary journey through thecucina regionale floriana.

But before that… Where is located the region Friuli – Venice Julia?

You will now say that it is located in Italy and of course you will be completely right. Friuli – Venice (shouldn’t be confused with the „other” Venice) is one of the 20 regions in Italy and one of the five that have a special autonomous status.

In comparison with most of the other regions inItaly, Friuli – Venice is small both as a territory and as a population (1 236 103 people), but there is no loss regarding that fact.

Because it is a region whose territory extends to the lush plains of Veneto area, reaches the high peaks of the Alps and passes through rocky ridges to finally arrive to the shores of theAdriatic Sea.

Having in mind the fact that the region has an extremely turbulent past due to its proximity to the countries of Central Europe and to the Veneto area, and for centuries it has been both Austrian and Venetian territory,and due to the fact thatFriuli region and Venice Julia region joined together only after the end of World War I, you can imagine how rich the cuisine of the region is.

If we have to be completely sincere, we have to share that it is really difficult to try to describe in a few sentences theItalian cuisine – Friuli – Venice.

Because cucina regionale floriana was born from the unification of three major culinary traditions – the Central European one, the Slavic and Venetian, in order to form an incredible mix of tastes, flavors and dishes that you would not even think that are prepared in Italy.

Gastronomically speaking, Friuli is really a very interesting region, because depending on which part of the region you are in, you will be offered different dishes.

Frico is the most popular dish of the cuisine of Friuli region. The dish is prepared with traditional local cheeseMontasioand it is something like a pie or a cheese pancake. For the preparation of the specialty, use remains ofMontasio cheese, which is fried on a pan with some flour until it gets golden color.

Frico can be prepared in several ways – only with cheese and flour, with cheese and potatoes, and in some places it is prepared with asparagus and quail eggs. The ingredients may vary depending on which part or region you are in, but the types of Frico are two – Frico Soft and crispy Frico.

Frico is also consumed as antipasti, as well as a garnish to the main dish, but it is always served with a glass of aromatic wine. 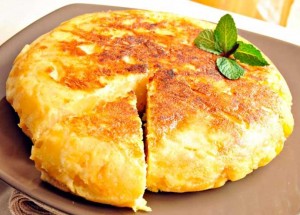 This is a kind of soup that is offered in the Friuli – Venice as antipasti. Jota is a typical dish of the Trieste region (the largest city in the Friuli region).

The dish is made from cabbage, beans, potatoes and it tastes more like the dishes of Central Europe and not like the Italian dishes. The specific about this dish is the unique combination of the taste of the Sauerkraut and the sweetness of the beans and potatoes.

This is a typical dish of the Italian cuisine – Friuli – Venice, which is prepared from… marinated, cut turnip. The turnip is prepared in the same way that the sauerkraut is prepared. After being marinated it is finely chopped (just like the sauerkraut) and then fried in a pot with olive oil and bay leaf.

UsuallyBrovadais served with roasted, boiled meat or withMuset (local sausage of pork meat). When the turnip is served with sausage the dish is calledBrovada е Muset.

We are moving for a while from the seaside of the region and we will visit its Alpine parts, because there is one incredibly delicious regional dish called Cjarsons.

Cjarsons is a local specialty of the province of Udine and it is a kind of ravioli, which are filled with stiffing of curds, apples, potatoes, raisins, cinnamon, spinach, pine nuts and various local herbs. The ravioli is fried and served with melted butter, grated smoked Ricotta cheese, sugar and cinnamon.

The taste of Cjarsonsis definitely strange and is not liked by everyone, but if you have the opportunity to try it, we advise you to do so. You may like it and fall in love with this strange dish of the Italian cuisine of Friuli – Venice.

This dish is typical for the town of Grado, province of Gorizia, Friuli region. The dish is ancient and it was invented by the fishermen who could not sell all of their catch. Since there was always some fish left that couldn’t be sold, in order to prevent it from being thrown away, the fishermen just „threw” several kinds of white fish in the saucepan, then added to it some vinegar, butter, salt, black pepper, two-threecloves of garlic, and when the fish was ready, they made also a sauce of polenta and served the dish.

Today Boreto a la graisana is prepared in the same way and we assure you that the taste is unique. It is quite understandable why this fish dish is one of the most popular dishes of this regional cuisine.

Do you like lasagna? Most probably the answer is that you not just love it but it is one of your favorite dishes of the Italian cuisine. Now, however, we will surprise you because the lasagna that is prepared in Friuli–Venice is quite different from the lasagna you have tried.

Lasagna e mezzo papavero is prepared without the well-known sauces such as ragu and béchamel. The Friuli’s lasagna is prepared lean and is covered with a special sauce of butter, poppy seeds, fresh cream and San Daniele ham.

Fagiano ripieno or stuffed pheasant is one incredibly tasty dish that is present at the table of the local people at every big holiday. The dish is prepared with the following products:

The pheasant have to be washed well and then dried. The chestnuts are placed in a bowl with water and soaked for about an hour, then they have to be sieved.

In another bowl are placed the sieved chestnuts, the butter, a few spoons of the truffle pate and the cut into stripes ham. Then the bay leaf are also added and this mixture must be filled in the pheasant.

Once the bird is stuffed, it is sewn with a thread and placed in a tray. Then are added the butter, Marsala, salt and black pepper and the dish is baked for about an hour and 15 minutes on low heat. It is served with stewed baby carrots, cauliflower or other vegetable of choice. 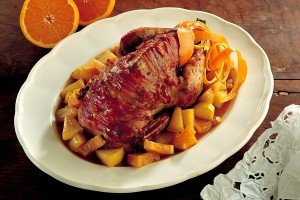 The right drink for Fagiano ripieno is the local Grapa wine.

This is a very delicious and easy recipe, which is one of the most popular recipes of the Italian cuisine – Friuli – Venice. The dish is prepared from pork liver, 2 eggs, breadcrumbs, lemon, butter, sugar and salt. The liver is cut into pieces, then it is breaded in the eggs and the breadcrumbs and finally it is fried in butter. The dish is served with a lemon slice.

The polenta is popular throughout Italy but in Friuli it is most often prepared withMontasio cheese and Carnia.

The area is blessed with numerous regional lakes in which many types of freshwater fish can be found. This is the birth place of the recipe for smoked trout that you can try only in this part of Italy.

The local people prepare the trout cold or hot smoked, then they consume the delicacy on a slice of toasted bread or they add the trout in salads. In some parts of Friulithe smoked trout is served with a barley salad and citrus fruits.

Desserts from the regional cuisine of Friuli – Venice Julia

Speaking of desserts, we cannot miss to rank first the most popular dessert of the Italian cuisine of Friuli – Venice – gubana.

The origin of this dessert is very ancient and, according to the specialists, most probably comes from the Slavic cuisine.

Gubana is a typical dessert from the Natisonevalleys, a region that has been inhabited for centuries mostly by Slavic population. The cake has a spiral shape and it ismade of sweet dough and hazelnuts, crushed walnuts, raisins and pine nuts.

According to one of the many legends, the dessert was invented by a Slovenian confectioner who prepared it in honor of an Italian princess who was a guest in the town. 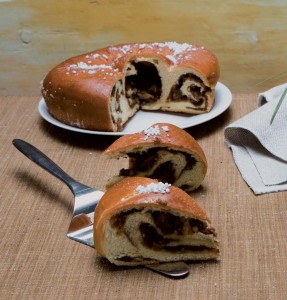 This dessert looks like the German strudel with apples, but it just looks like it. The interesting thing is that in Trieste it is prepared both as salty and sweet version, and the filling of the salty version most often is made ofRicotta cheese, peas, spinach (Strucolo de Spinaze), beef or veal.

In the preparation of Strucolo first roll out a sheet of dough, then add the filling and all this is rolled on a roll. It is tightened with a thread and boiled. Once it is cooked and cooled, it is cut into pieces and it can be consumed this way or it can be garnished with melted butter, sugar and cinnamon. In some areas cream is added.

Another great recipe that you can try only in Friuli – Venice. The pancakes that are prepared here surprise with their incredible taste.

They are prepared with the following products:

Dough is made from the flour, rum, the sugar, and the eggs, then it has to be left in the refrigerator for about half an hour. During this time peel the apples, clean them and cut them into slices. Then the place the slices in a bowl of cold water and addlemon juice.

When the dough is ready, remove it from the refrigerator and each apple slice must be immersed on both sides in the mixture for pancakes, and finally fried in hot oil.

The prepared apple pancakes are covered with powdered sugar and then consumed with appetite.

At the end of our tour, we left some time for the wines that are produced in the Friuli – Venice region, because this area is famous for its great wines.

Today Grappa is one of the most popular wines in Italy, and most of the Italians who live in the northeast finish their dinner with a glass of distilled Grapa.

Grappa is also produced in other regions of Italy, but only the wine that is produced in the regions Friuli – Venice, Veneto and Trentino Alto Adige have a DOC certificate.

Red wines that are produced in the region are of Italian grape varieties such as Refosco, Merlot, Cabernet Franc and Pinot Nero. The red wines are also fresh, with great depth and good structure.

Local winemakers like to experiment also with forgotten grape varieties such as Picolit and Verduzzo, which are suitable for the production of sweet, white wines.

Wines with a DOCG certificate:

Wines with a DOC certificate:

Wines with a IGT certificate: