Restaurant Leonardo Bansko > Blog > Italian cuisine – something you should try 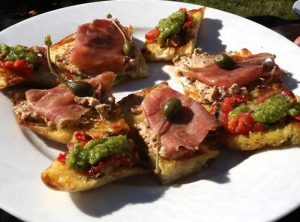 Italian cuisine – something you should try 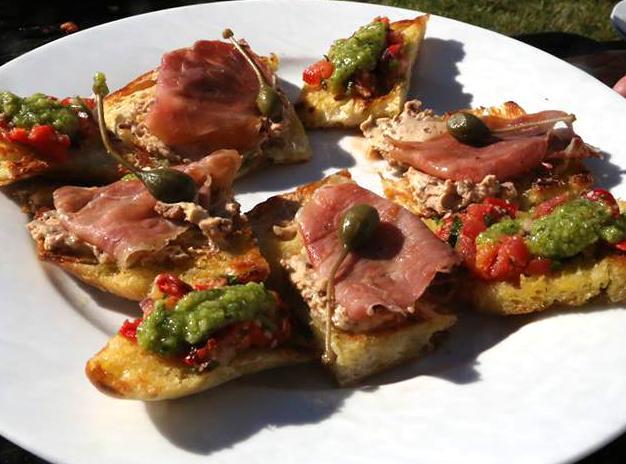 Today’s Italian cuisine is unique, very varied and delicious. Local traditions for centuries have been enriched with foreign cooking practices that have been assimilated and developed to today’s uniqueness. 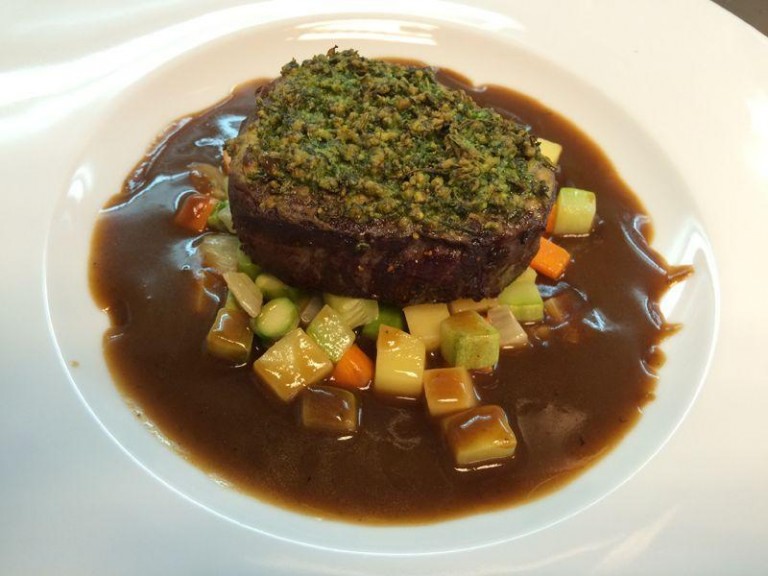 Because of the favorable subtropical climate with a softer winter and a cooler summer, the land has been inhabited since ancient times. In the first millennium BC, the Etruscan civilization was known, which was ultimately conquered by the Roman Empire, but it had great influence on its development.

The Roman Empire itself has long been spreading over vast territories in Europe, Asia and Africa. In the Middle Ages, Italy, which was actually in separate small states, at different times was under Spanish, French and Austrian domination.

Thus, the history of the Romans has brought them into contact with different cultures, of which daily culinary experience is accepted – dishes, products, way of preparation, adapted to the local tastes and customs.

Modern Italian cuisine is popular on all continents, it is world-class. Its original recipes are the basis of numerous dishes that have become emblematic for various places around the world.

In the varied Italian cuisine, 20 major geographical areas with distinct culinary specialties can be distinguished.

In more general terms, according to traditionally used basic products and some peculiarities in the ways of preparation, it is possible to accept the division of southern, central and northern Italian cuisine.

In principle, rich Italian cuisine can be said to be used a lot of vegetables – in cooking, such as lettuce and salads. Numerous options include fish and seafood dishes, poultry, including game, veal, rabbit, to which a variety of spices add a unique flavor. For pasta, spaghetti, pizza and sauce is self-evident.

Traditional dishes of Italian cuisine, connoisseurs can find in the luxury restaurant Leonardo in Bansko where everything is prepared with authentic recipes.

Tomatoes are not of Italian origin (come from America in the 16th century), but southern Italy is definitely the kingdom of tomatoes. Here they grow well because of the sun and moisture, and there are variety of varieties, even black tomatoes.

The kitchens are in any kind: fresh, dried, canned, cooked, stuffed, soup sauces, meat, pizza, pasta, stews. In fact, nearly 80% of cooking recipes in southern Italy include tomatoes in some form.

Of course, many of the endless recipes for fish and seafood also contain tomatoes – as a side dish and especially spicy or flavored sauces.

Fish and seafood dishes, however, are a very significant “section” in traditional Italian cuisine to mention just past tomatoes. 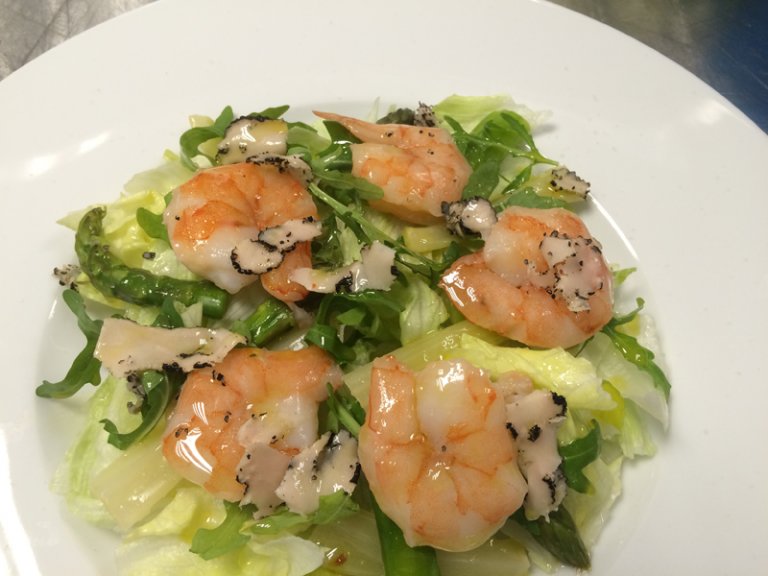 There is nothing in the sea that Italians have not invented delicious food: lobsters, crayfish, shrimps, lobsters, sepia, sea urchins, mussels, oysters, octopuses, squid …

Usually, seafood is not a self-serving dish, but is served with pasta, vegetables, sauces, and so on. Virtually every dish has different options. The fish – also numerous – are boiled, fried, baked, served with spices, grasses and lemon juice.

Typically, pasta in Italian cuisine is served as the main dish with rich options for variants. For example, spaghetti may be bacon, ground meat, chicken or chicken broth, fish, and so on. Usually they are with grated cheese, can cheese and tomato sauce, spices. However, it can also be used as a garnish. The cannons are filled with tuna, minced meat, pate, vegetables.

In fact, in Italy there are few regions – such as Umbria in the central part, for example, which have no access to the sea. So fish and seafood are typical of the kitchen in the country as a whole. Of course – in all sorts of specialties according to the local tastes in the different parts.

Various dishes from Central Italy enter the “national leaf” of the traditional Italian cuisine known throughout the world. Here is the homeland of the very popular Bruschetta. Today the varieties are many, but they are basically bread, rubbed with garlic, slightly soaked in olive oil and toasted.

After the arrival of the New World vegetables, the tomatoes for roasting the bread are also in use. Go with meat, cheese, olives, beans, various seasonal products.

Usually the bruschetta is an appetizer or snack, but during hot summer it can also be a main dish. On the same basis is another popular Italian specialty – the crotch. However, there is no garlic in them and the bread is thinner, there are a number of other flavors. 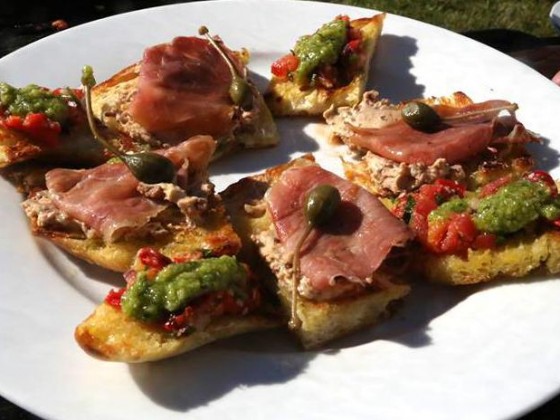 Another specialty in Italian cuisine are the cannelloni. They are lasagna bark, rolled up with stuffing, topped with sauce and allowed to soften. Fillets and sauces are different depending on the taste.

Broccakes, brussels and cannons are an example of how Italians from simple things can make delicacies. This is typical of their entire kitchen – there are no complex combinations in it.

The taste of the main products is enriched by treatments, spices, aromatic herbs, roots. Many are used in fresh form of basil, parsley, rosemary, oregano, sage, thyme and others.

The lamb is the most popular lamb, among the specialties is lamb stew. There are also sausages of boar, pork ham, salami.

The cuisine of Northern Italy has some peculiarities due to its geographic location. These parts of the country “enter the continent” and there are landlocked areas. Today it does not matter, but cooking in the past is mainly determined by the products that are characteristic of the area and are “at hand”.

Thus, alongside the traditional fish and seafood typical of the northern parts of the sea, typical continental food appears in the “closed” areas.

In northeast Italy, food is naturally associated with seafood and fish specialties. In addition, corn, peas, asparagus and courgettes are grown in the area, which are widely used in cooking.

It is very common, for example, the Kachamak. After transferring corn from the New World, the Kachamak is mainly used as a saturation food for the peasants.

Its delicious preparation, however, with various ingredients – meat, sausages, etc., makes it quickly sought after in a variety of Italian cuisine. Naturally, there are meat dishes, as the “leading” is the veal.

The area is also popular with tortellini – a paste with numerous options for stuffing – meat, cheese, vegetables.

In Northwestern Italy, the main agricultural crop is rice, so risotto is an emblem for this region – both vegetarian, and meat, and as trimmings.

The area is also known as a European “truffle deposit”, while winter white truffle is a world delicacy. There is another distinction from the rest of the Italian cuisine – here is a lot of melted butter instead of olive oil. Vegetables are often served fried and stewed. 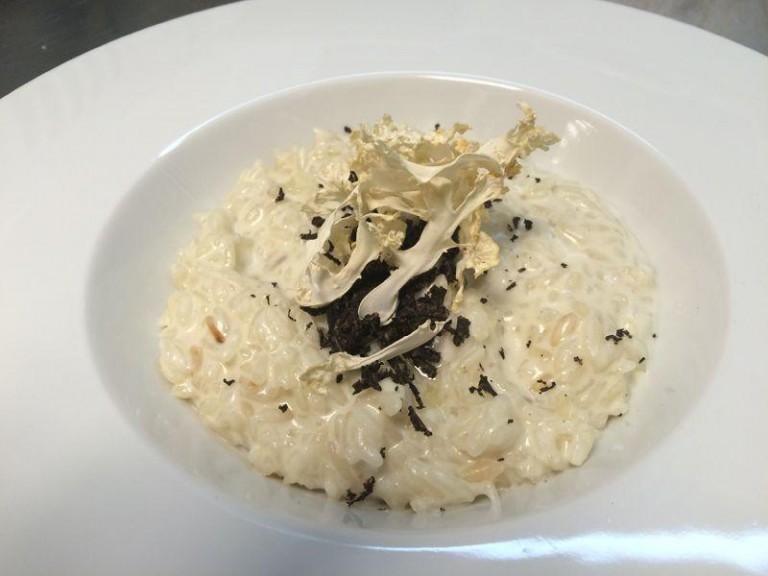 Speaking of northern Italy, we can’t miss to mention the Gelato. For many people this is the most delicious dessert in all the Italian cuisine. By the way, there is even a university for him. Gelato is ice cream but more special. It is made from milk, not from cream, has less fat, melts slowly and is especially delicious, with over 200 species.

The special place of the pizza in the traditional Italian cuisine

The Pizza is not just an emblem – it is an institution in the Italian cuisine. The Italians even have a special Protected Pizza Law – with what and how to do it to be traditional Italian.

Well, the attractive drafts of the dough in the air are not mandatory by law, they are long-time masters with experience and show to the audience.

And for pizzas, the Italians have stepped on a simple dough, tomato or tomato sauce, cheese, spices, roasting. Even in shape, traditional pizzas “keep order” – they are round, except for Calzone, which is typical of Naples. However, the preparation of the stuffing and the dough is just like the rest of it, but it is folded in two.

Of course, there are many varieties and subtleties about the products and the making, but there are no extravagant features, at least with the traditional Italian pizza. 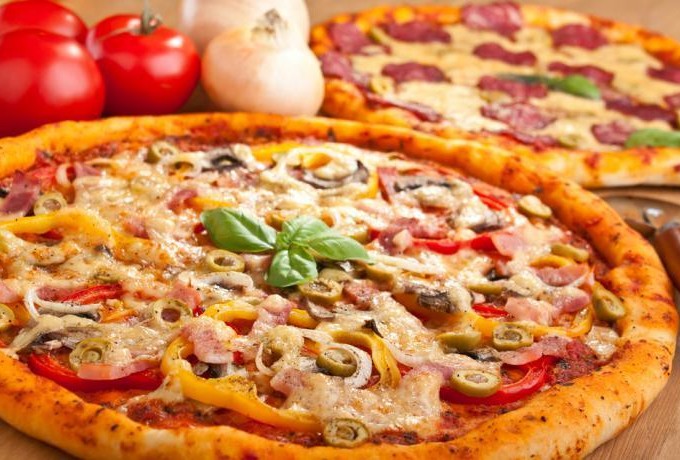 And its taste is good enough for the pizza to be popular today around the world and to make imitation of it. It was no coincidence that over the centuries it was a tribute to both the commonwealth and the royal courts.

Many varieties come from the details. Depending on the desired taste, the pizza can be garnished in a variety of ways – meat, sausages, seafood, vegetables.

It is difficult to list all variants of Italian pizza because it has 2000 varieties in Italy. And no wonder – pizzerias in the country are more than 40,000 with 3+ billion pizzas sold each year.

Interestingly, with all pizza popularity around the world, the biggest pizza that entered the Guinness Records… made it from the United States. The Americans, as usual, took something from somewhere else and turned it into an attraction – in New York in 1978 a pizza of 8.5 tons and 24.4 m diameter was made – the largest in the world. Well, at least it was an Italian behind it – master Lorenzo Amato.