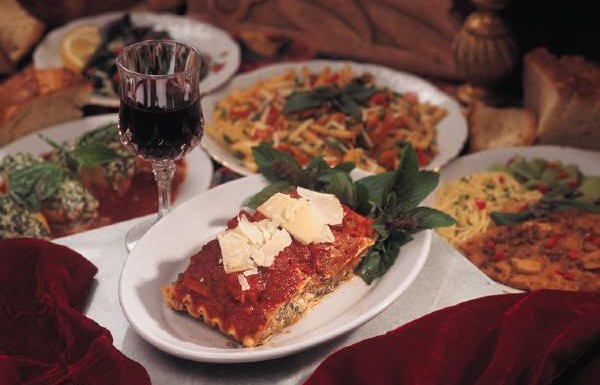 A few delusions that can spoil the truly Italian dinner

The national Italian cuisine is so popular and so imitated on the different continents that with time different myths about it have been imposed in the world: From the preparation to the decoration, cutlery and serving. 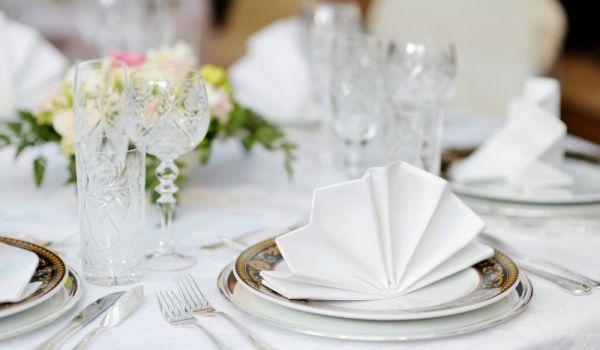 If you’d like to impress your guests with a true Italian dinner or lunch, you have to respect the true Italian rules. Misunderstandings can start right from the table cloth and immediately give away that the hosts are not up to date.

It is unsure where the opinion came form that the checked red and with table cloths are one of the emblems of eating in Italy. Perhaps it started from an American or other foreign movies about Italy.

The truth is that these famous table cloths are not part of the Italian traditions. They are used in some hotel restaurants in which because of the foreigners the myth is kept alive.

Another blunder can be made with the “traditional Caesar salad”. Cesar is a popular name but you should not be misled by it for the salad. Indeed, it is an Italian salad but it’s not very common in Italy actually.

Cappuccino is part of the national Italian cuisine and can be served. But only in the morning, for breakfast. After the main course you can offer a coffee. There are several rules in main courses.

In an Italian dinner, pasta and risotto are not garnish but main dishes. If you serve them as supplement to another main dish, the idea of a “real” Italian dinner would be a failure.

Speaking about pasta, the association with tomato sauces pops up – they are traditional in the Italian cuisine. We start to think about ketchup but this is a bad idea if we are speaking about an Italian dinner or lunch and pasta.

In Italy ketchup is in no case to use for pasta or pizza. Although it goes very well with chips. The same way it would not be a good idea to serve pasta with chicken or pizza with pickles.

The traditional Italian dinner is long. It is an expression and symbol of the unity of the family, friends who enjoy food and communication. So if you are planning to surprise your guests with a true Italian dinner, keep in mind it has to be long.

By the way, one should know the preferences of the guests beforehand – if, for example, they would like healthy Mediterranean diet and don’t eat much or prefer to pamper themselves. 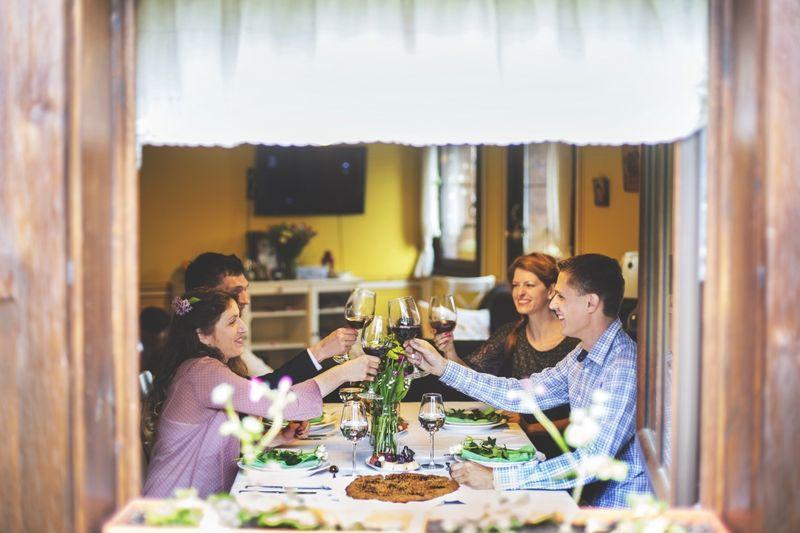 One way or another, for the customary Italian dinner a decision has to be made about vegetables (there have to be plenty of them) – raw, boiled or stewed; pasta, meat or fish, cheese. Among the appetizers, traditional Italian cuisine includes aerated water, Campari, vermut, Aperol soda, etc. It’s a matter of choice but rakia and other type of hard alcohol should not be included for appetizers.

Entrees for an Italian dinner are numerous – fried or breaded vegetables, cheese – fried or raw, salami, omelets, crackers, bread. Pasta is a classic entree – it is a symbol of the traditional Italian cuisine. As is well-known, the choice is big, the hosts have to choose something for which they are sure about the recipe.

The main dish has to be from meat or fish. Among the meats the most popular one is veal but there are many dishes made of lamb, rabbit, game; pork is more common mostly in Northern Italy. Traditional Italian cuisine includes different types of fish but we can mention sardines, sword-fish, turbot. There is also a very interesting specialty different from meat and fish, with vegetables, rice balls, all fired.

The accompanying wines are light – they can be both white and red. The common principle is that red wine is suitable for red meat and white fine for fish. For dessert, Tiramisu is a classing in the national Italian cuisine; it is also known in Bulgaria.

How to design the menu for the Italian dinner

With so many dishes and variations in the traditional Italian cuisine, a person not used to it can easily get confused on how to design a menu for an Italian dinner. Therefore, it is best to do it thematically, for example, chose a city that hosts can learn about and its culinary customs.

Another thematic selection is “what goes with what”. If the pasta chosen as entree does not contain ground meat or any red meat, it goes well with white wine. It can be light or full-bodied according to the sauce – whether they are more liquid or thicker, spicy.

By the way, for the italian pasta maybe it’s not a good idea to chose spaghetti or other long shapes. Italians are used to skillfully twirling their forks in the plates but the 40-centimeter-long spaghetti can provoke a problem for the rest of the guests. Besides, among pasta, a knife is used only for lasagna. And don’t serve big portions.

White wine in the Italian dinner

White wine is also suitable for fish if it was chosen as a main course. It goes well with light entrees – vegetables, cheese, etc. If you’ve chosen heavier foods and appetizers, red wine is perfect with them. It can also be chosen per levels – lighter and more full-bodied. Rosé is almost an universal wine, there are also dessert wines. 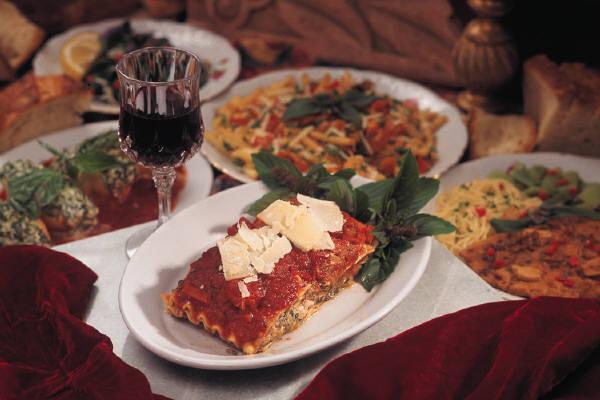 One should know that, in order to have a good wine on the table, it is not enough to buy renowned brands. The temperature at which it is served is important. If it is overcooled, its aromas cannot develop. And if it is warm, its specific taste is softened and lost.

Why are there differences according to the region

The history of Italy and its geographic specifics have lead to specific differences per regions including in the gastronomy. As a territory and a nation, Italy is not united until the second half of the 19th century.

Up until then, there were many city-states, different unions, internecine wars, foreign invasions. Different territories have been under Spanish, Austrian and French rule. The Arabs have ruled over Sicily for more than 2 centuries. Besides everything else, this historical development has left a print both in the cooking and the culinary customs of the different parts.

The geographic specifics should be also added – 3,301 km of outlet on different seas plus another 2,298 km in island coasts; 80 percent mountain relief; the Padan plain with the Po river is very fertile. This at large extent determines the traditional means of livelihood and the type of food in the respective regions.

This is how 20 areas with their specialties have formed, very different from the rest both in terms of ingredients and preparation. Bottom line is, Italian national cuisine is made of regional dishes which have gained popularity in the whole country.

Of course, there are also common things in general. Fresh fruit is popular everywhere – raw, as fruit salads, with some types of pasta, even is somewhat odd combinations – for example as a dessert ham with figs or watermelon.

Vegetables are also common everywhere – tomatoes, zucchini, peppers, eggplant, asparagus, etc. They are mainly offered fresh as a salad or stewed and fired; boiled vegetables are not as common. Stewed and fried vegetables are usually garnish but if they were stewed with cheese, they can be served as a separate dish. Dishes where cheese is an unchanging ingredient are also spread everywhere.

Common feature of the Italian cuisine is that cooking is simple, practical. There are no complicated combinations of many ingredients, extravagant combinations are not sought. Gustatory qualities of the main ingredients are used with the moderate addition of spices.

Where and what is prepared

The tendency in the world is to first associate Italy with pizza and pasta. Thus, we unjustifiably miss something very elaborated, delicious and varied – fish and seafood dishes. In Italy, out of 20 regions only 5 don’t have no outlet on the sea but they have high-water rivers and lakes. 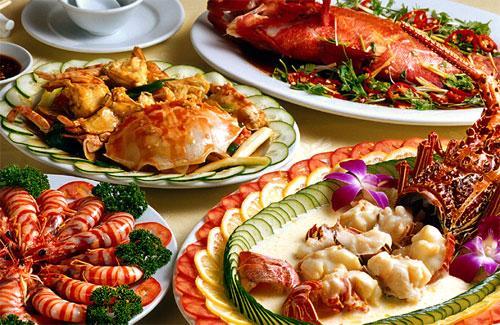 In this way basically people from all over Italy are masters of the fish meals having recipes for all that swims in the water. And they prepare it an unique way – as soups, dishes, delicacies. Especially popular are squid and calamari but the theme is actually rich in types of fish, crabs and lobsters, mussels and clams and oysters.

From centuries Southern Italy is “open” for pastry – numerous types prepared in various ways. In relation to this, they’ve thought of all kinds of sauces. Pizza is a common dish in every part of Italy, however Southern Italy is its birth place; Naples pizza is a an emblem of the Italian cuisine.

Here, they serve pizza with different stuffing as a separate dish; some prepare it in a smaller size so pizza can replace the appetizers. Wine and beer go well with pizza.
Southern Italy has its “representative” pasta as well – carnival lasagna which is prepared with mozzarella, cottage cheese, egg and flat-sausage

Northern Italy is famous for truffles – here is one of the main fields of white truffles in Europe The price for a kilo of this delicacy in Bulgaria can reach 10,000 leva.

Northern Italy is proud of lasagna – it originated from the Emilia-Romagna region. In general here the cuisine is influenced from the gastronomy of the former Austria-Hungary. Sour soups and sour kraut as well as tortellini are popular.

Rice is prepared as main dish from different recipes; it is also used for soups. The most famous one is Milanese risotto. Rice is usually consumed stewed with broth and wine and mixed with pork, chicken, liver, peas, seafood, etc.

Unlike the rest of the regions, the main meat here is pork. Dishes with lamb are common in Central Italy. Numerous types of herbs, dried spices and garlic are used.