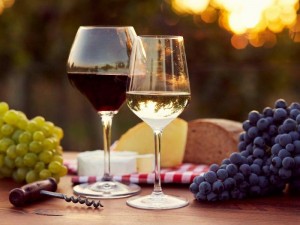 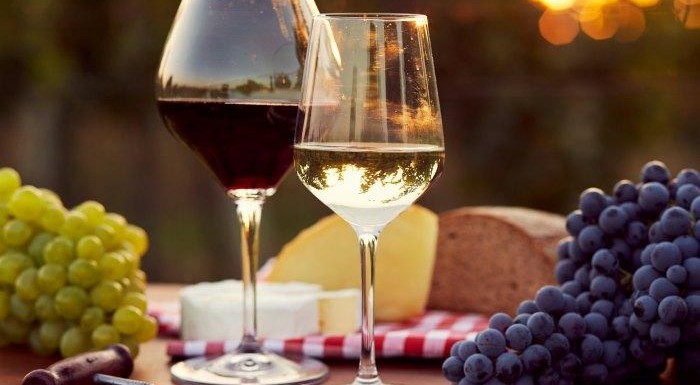 History of wine and cheese

The production of cheese and wine has began long before the New Age. The first evidence that cheese is present among the main foods was found during excavations in Egypt. From these, it can be seen that cheese has been used for about 2,000 years B.C. It is believed, however, that cheese was actually produced several thousand years before. 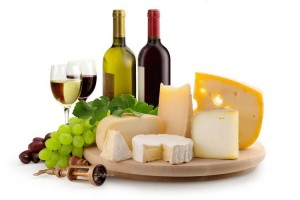 Wine was made six to seven thousand years ago. The first vines were cultivated in the territories where Armenia, Georgia and Turkey are today.

Images of vine leaves are found also in drawings in Ancient Egypt. There they even had “labels” – on the vessels it said what sort of grape variety was used, who made the wine, when it was made. There were also sales rules in Babylon.

The history of today’s Italian cheese and Italian wine is also millennial. In ancient Rome, even in wealthier homes, there were special rooms for cheese making. It was such a common meal that it was included in the rations of the legions along with the bread.

During the Middle Ages, cheese was made in the monasteries and small village farms, creating different flavors and tastes. This “truncated’ production continued until the discovery of pasteurization by Louis Pasteur in the middle of the 19th century. With it started the industrial production.

The wine in the territory of modern Italy is indicative of the fact that it was still known as the “Country of Wine” by the ancient Greeks. Here the natural resources – soils, relief, waters, climate – are varied, which favors the cultivation of numerous varieties. It is interesting that since the beginning of the 15th century, a wine region, Chianti, whose production is under the control of a law, has been designated in Italy. So with Chianti for the first time quality control and guarantee begins in the world.

Today, Italy is a leading wine producer, traditionally competing with France. According to EU data, in 2015 Italy was ahead of France and produced the biggest amount of wine – 48,800,000 tons. Italy is the largest wine exporter in Europe and in the world – ahead of France by 40 percent and more than twice of Spain, which is third in the ranking.

The types of Italian cheese are varied – hard, semi-hard, soft to creamy; with different saltiness, acidity, additional flavors and aromas – of herbs, fruits, olives, nuts and others. There are even molds and dessert Italian cheese, which for the Bulgarian culinary traditions, for example, is a bit “surprising”. 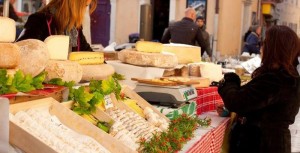 From the “surprising” dessert types, we can mention Mascarpone. Mascarpone, which is from the Milan area and is made from cream, it is even used as an ingredient of the famous Italian dessert tiramisu.

This Italian cheese is creamy and fat, unsalty and can be spread. It is also used for creams, and fillings. Traditionally, various fruits are added to it, mostly forest fruits or figs. It goes well with liqueurs and coffee.

Ricotta is actually an Italian sheep’s milk curd. Its taste is soft, slightly sweet and is also used for fillings and creams. However it also combines with various dishes, especially vegetables.

The cheese with noble mold is Gorgonzola. This Italian cheese is from the Lombardy region and has been made for at least 8-9 centuries of goat or cow’s milk.

It is made from a combination of cold and warm curd. It is soft, creamy and fatty. Over time, its tastes and flavors have become sharper; Italians combine it with salads and sauces. In addition, however, it is also served with fruit – it is popular, for example, to serve it with raisins soaked in cognac.

Parmesan definitely leads the ranking of the most popular Italian types of cheese in the world. It is a trademark for the Emilia-Romagna region. It is hard, crumbly, fatty; it can be grated on salads, pasta, pizza, potatoes, and so on. It can be consumed separately or in combination with fruits – melon, figs, strawberries, etc.

Also very popular is Mozzarella from the Campania region. It is not salty; it’s soft and is made in the shape of smooth balls. It is used for salads, but also for baked dishes – meats, pizzas, vegetable dishes.

There is a wide variety of Italian wines: white, red, pink, orange; dry, semi-dry, semi-sweet, dessert, sparkling, plain table, quality for holidays. So, speaking of Italian wine, not all can be listed, but some of the most popular ones can be mentioned.

Tuscany is one of Italy’s most famous wine regions, and Chianti Classico is an emblematic wine from there.

Chianti is a wine-producing area for Tuscan red wine, whose origin is controlled and guaranteed. Written information about wine has been found here since 7 centuries ago, and the best grape variety is the sangioevese.

It is believed that it has been grown since the times of Etruscans. Chianti Classico /with Reserve-variant /, made 100% from it, is one of the best quality Italian wines. Its color is deep red to brownish, the taste is dense, with a spicy aftertaste, it has a scent of chocolate and vanilla. Fragrances can be enriched with a touch of raspberry, herbs, roasted plum, etc.

Pinot Grigio is another emblematic Italian wine, but this time white, of the same name sort. It is the most sold wine in the country, and the most exported one, too. It is produced in Northern Italy.  There are different types – for example, Pinot Grigio de la Venice, Pinot Grigio Prendo, Pino Grigio Lungaroti, etc. There are light and denser ones, with different fruit flavors – apricot, pear, citrus, green apple and others.

The Sicilian liqueur wine Marsala must be mentioned from the fortified ones. It also has different subtypes according to aging – from one to 10 years. The fortifying is made with wine alcohol, the alcoholic content being of 17 to 20% and sugar from 1.5 to 7%. The aromas can be apricot, vanilla, cherry, dried fruit and others.

And the types of Italian wine and Italian cheese have a very wide range of tastesand flavors. That is why it is easy to make a wrong combination, where the tastes and aromas instead of adding and enriching,  will collide and some will suppress the rest. 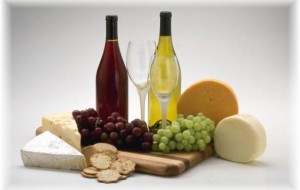 Generally, white wines that are lighter, they do not combine with hard, spicy, salty or highly aromatic types of cheese because they will dull their taste. The denser white wines are for soft types of cheeses like Gorgonzola. This cheese with mold made from goat’s milk goes well with dry and thick Riesling, Sauvignon Blanc Lageder, which is medium to thick or the semi-dry Chardonnay Puglia, as well as the Marsala dessert wine.

Dessert wines generally go with desserts but can be well combined with blue cheeses that are more spicy and aromatic. The spicy sweet taste of wine combines with a spicy flavor of the cheese. In addition, the high acidity with which the sugars in the table wines are balanced, balances the fats contained in the cheese.

Thus, dessert wines can be consumed at the same time as heavier, fatter meat foods. Mozzarella goes well with Sauvignon Blanc and Chardonnay and Mascarpone – with Chardonnay and champagne. Some soft cheeses can also be combined with light red wines.

The harder the cheese is and with a pronounced spicy flavor, the choice shifts to the red wines. It should be pointed out that many of the hard cheeses can be used both with white and red wine. Parmesan, for example, goes well with dense red wines, but can also be combined with Gewürztraminer, Riesling, and Sauvignon Blanc.

What wines with what dishes to combine and why?

The tastes are something individual, and each person decides what combinations to make when eating. Generally, red wines are suitable for red meats – game, pork, veal, and white wines – for white meat: fish and chicken. 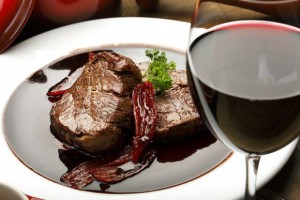 From a practical point of view – it is, in most cases, more delicious. From a scientific point of view, there are acids in the wine that balance the fats in the food, and the tannins in the wine balance the proteins in the food. The heavier and fatter the meat in the dish is, the denser the red wine should be. If white wine is selected, it should be denser, with higher acids, alcohol and sugars.

In fact, it is not so much the color as the food and how it is prepared – light foods go well with lighter wines, and such wines exist among the white and red. Meatless foods, for example, naturally go well with dry white wine. However, a red wine with a fruity taste, which is lighter and its tannins are low, is also suitable for vegetable meals.

White meat dishes can be quite spicy – like a hen stew for example. Then red fruit wine will be more suitable than a white one, even though we are talking about white meat.

For fish, it is not always appropriate to have only white wine. Salmon, stewed or roasted with sauce, can be eaten with white, rosé and slightly fruity red wine. For carp, which is fat, a light, young, red wine with a strong acidity will be suitable.

For game – a mammal or feathered, the classics are red, aromatic, matured wine. A classic requirement is also to combine dessert wines – desserts should not be sweeter than they are. If it is chocolate, for example, it will dominate and the taste of wine will not be felt.

Here are some specific types of Italian wine and their suitable foods. Chianti Classico is suitable for meat dishes; Pinot Grigio with its varieties is suitable for fish, white meat, hors d’oeuvres; Marsala is used in confectionery for the making of cakes, tiramisu, etc., but also for chicken and beef sauce, etc.