Restaurant Leonardo Bansko > Blog > The secrets of the Italian executioner 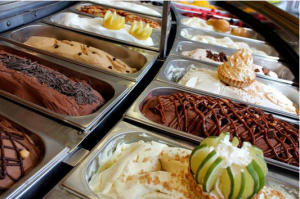 The secrets of the Italian executioner 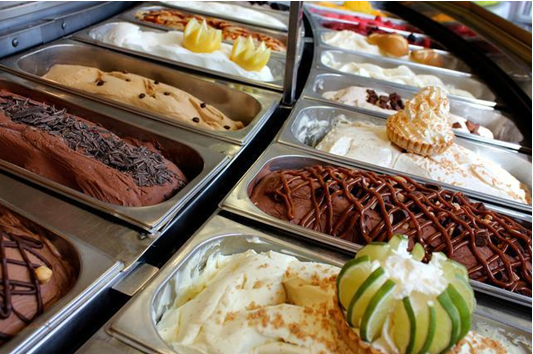 The simplest explanation of what gelato is is Italian ice cream. But it’s like saying that the alpine champion Mont Blanc is just a peak. As the snow cap of Mont Blanc is a dream and a goal for many people, so the ice dessert is in the thoughts and desires of every lover of cold sweet pleasures.

However, unlike the highest peak in the Alps, which is disputed by France and Italy, the homeland of the gelato is quite clear. Therefore the secrets of the Italian gelato are known only to Botusha, and its fame is spread all over the world. 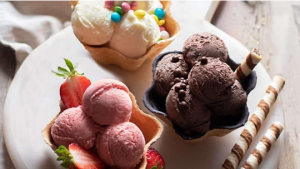 History of the Italian executioner

When it comes to the origin of some Italian delicacy, we inevitably come to either the Roman Empire, or the great traveler Marco Polo. Well, in this case there are supporters of both versions. According to some sources, Roman emperors loved to cool off with a cold fruit dessert with frozen snow or ice that they brought from the mountains.

By the way, there are proponents of the theory that the tradition of making ice cream dates back to the Roman Empire from ancient Persia. It is believed that about 2500 years ago they made a cold dessert from iced sweetened water, which they then crushed and garnished with fruit. In ancient China there was a practice of freezing buffalo milk. According to one legend, Marco Polo brought the recipe for ice cream based on fresh milk in the 13th century from China.

At many key moments in Italian history, the Medici family is involved and the origin of the executioner is no exception. At the end of the 16th century, a prominent member of the famous family commissioned the famous artist and architect Bernardo Buontalenti to prepare an impressive welcome for the Spanish king in Florence.

Buontalenti was not only a talented architect, but also an imaginative cook, so he prepared a wonderful creamy frozen dessert. In fact, it is believed that the sweet cold dish was the first gelato and therefore Bernardo Buontalenti was declared the inventor of Italian ice cream. The daughter of Lorenzo II de ‘Medici –  Catherine de’ Medici, brought the new culinary fashion to France when she married King Henry II of France in 1533.

The great popularity of the gelato in its modern form is due to the Italian Francesco Procopio del Colteli. He is from Palermo, but moved to Paris, where in 1686 he opened Café Procopius.

There he began to offer the gelato, which quickly became known in the French capital. The French elite goes crazy over ice cream. Procopius himself became famous and received a license issued personally by Sun King Louis XIV, which gave him the right to be the only one in the kingdom to produce the frozen dessert. Ice cream is gradually taking over other countries in Europe, and then “flies” overseas and fascinates Americans.

Technical innovations such as a compressor, freezer and ice cream machine in the 19th century helped to develop production. This increased the quantities produced, but even today connoisseurs in Italy value the most hand-made gelato. It is so irresistible that there are fans all over the world. 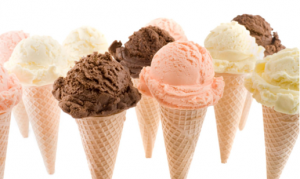 Unlike ice cream, funnels for him are not an Italian invention. Crispy waffle cones did not appear until 1904 at the World’s Fair in St. Louis, USA. Gradually, many people began to prefer to eat ice cream in delicious funnels instead of in bowls and plates.

The secret of the Italian recipe

What makes Italian ice cream so different despite the seemingly similar ingredients? The original gelato (gelato) is made from milk with 3.25% fat and sugar. Nowadays, the mixture is often enriched with eggs and cream.

A distinctive feature of the gelato is lower fat content compared to other ice creams, which is due to the fact that it is made from more milk and other ice creams contain more cream. In ice creams there is generally a minimum of 10 percent fat, and in gelato there is only 5 to 7 percent.

The Italian frozen product usually contains 70% less air, but on the other hand it has more flavors than other types of frozen desserts. These qualities give it density and great richness of taste, which is an advantage over competitive ice creams.

The higher density of the gelato is due to the fact that it mixes at a much slower speed. The original Italian ice cream is made only from fresh products and without the use of preservatives. 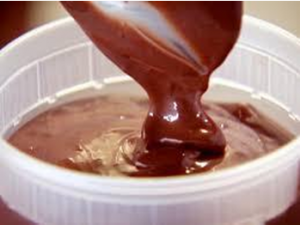 Another distinctive feature of the gelato is that it is served at a slightly higher temperature than other ice creams. In this way its texture remains softer and creamier.

In addition to dairy ingredients and sometimes eggs, fruit or fruit puree, a spice, and nuts are usually added to the gelato mixture. The type of ice cream is determined by the additional ingredients. Traditional gelato flavors are vanilla, chocolate, pistachios, hazelnuts, cream, coffee. Stracciatella gelato with pieces of chocolate is especially popular. 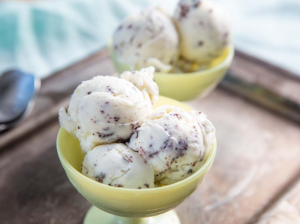 The types of fruit gelato are also popular. raspberries, strawberries, blueberries, lemons, bananas, pineapples  and others are used. Interesting varieties of gelato are yogurt, salted caramel, cream with pieces of brownie, coconut.

The classic Italian pastry Tiramisu also has an ice cream version, and the famous limoncello liqueur is also an excellent addition to the gelato. Ice creams are also offered with the aroma and taste of alcohol, for example with rum, whiskey or champagne.

Lovers of ice cream on sticks will also not be disappointed, because the masters prepare by hand and very tasty gelato su stecco. 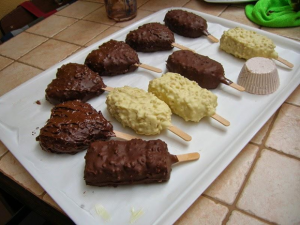 Where is the most delicious gelato prepared?

You can’t go to Rome, Venice, Florence, Milan, Naples or any other Italian town and not try the famous gelato. If you are in Italy and want to try real gelato, you should go to gelateria.

These are special ice cream parlors, in which the gelato is made by hand. The ice cream in them is prepared in small portions so that customers always receive a fresh product.

One of the cities that boasts the best gelaterias in Italy, of course, is Rome. The oldest gelateria in Rome is Gelateria Fassi, which was opened in 1880

Tourists who visit it for the first time are usually surprised by its size. This is a real ice cream palace, where the variety of tastes is guaranteed.

At Gelateria Della Palma Rome you can enjoy 150 flavors of ice cream. You won’t find so many different options anywhere else. Here you can try both classic ice cream with aroma of chocolate or strawberries, and various interesting options – with a taste of basil, lavender, black pepper, souffle.

Gelateria La Romana offers some of the most amazing ice cream desserts in Rome. The choice is very difficult because all types of gelato are insanely delicious, and they are complemented by a great whipped cream. Gelateria La Romana is included in the list of the best places to eat tasty and cheap in Rome.

Eco ice cream is prepared in Fior di Luna The wonderful gelateria is known for its organic and ecological ingredients and seasonal aromas.

If you are in Rome, be sure to visit the beautiful salon for ice cream Come il Latte. The interior is decorated in pleasant colors and the offers for the day are described on black boards. Ice cream is made only from organic products.

You can try real natural ice cream in the Roman Gelateria del Teatro. A distinctive feature of the cafe is the naturalness of the tastes, because here dyes and additional aromas are practically not used.

The types of ice cream are not so many, but you can indulge in amazing flavor combinations – from strawberries with champagne to white chocolate with basil. The place is very popular because it offers not only fresh natural ice cream, but also various cakes, pastries and other desserts. 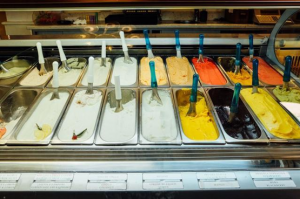 The list of Roman gelaterias can go on and on, but the small towns of Botusha also have something to boast about.

If you want to professionally learn the secrets of making the most delicious ice cream in the world, you should go to Anzola del Emilia. This is a small town near Bologna in the Emilia-Romagna region.

There is the Universita ’Carpigiani Gelato. In this unusual school they will teach you all the intricacies and recipes for gelato, as well as how to grow a business with it.

Curiously, half of the students at the university are foreigners, and their average age is 35-40 years.