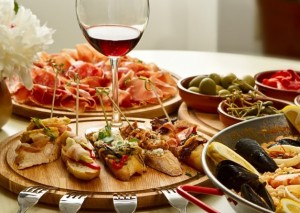 Curious facts about Italian cuisine from history until today 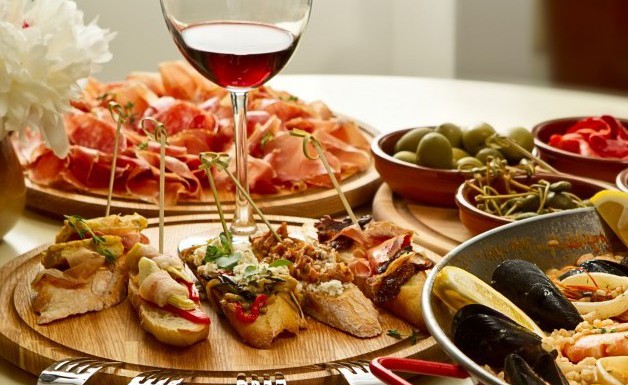 Italian cuisine is popular all over the world and is considered to be one of the finest cuisines in the world. The passion for the Italians to prepare their meals, their honor with which they feed and the pleasure they eat or treat is like magic that leaves in captivity everyone who once tasted a real Italian dish. Italian food is a reflection of the history and culture of this people. Today, you do not have to go to Italy specially to enjoy delicious Italian food, because in every city in the world you can find at least one Italian restaurant where you can serve cucina italiana. 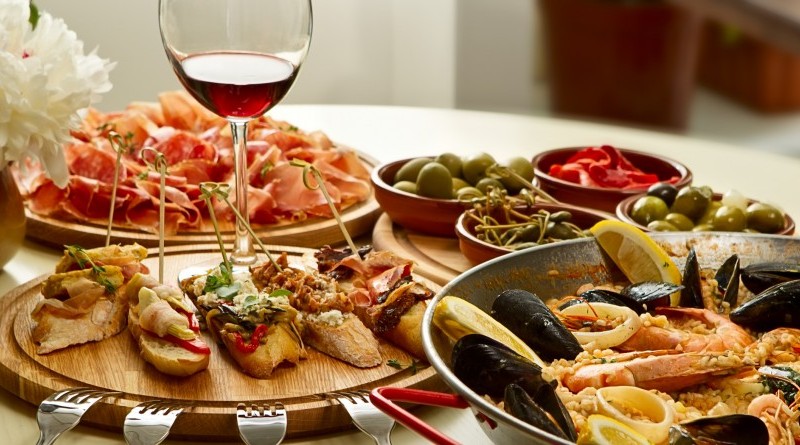 How Italian cuisine has conquered the world?

First Archestratus (a poet, thinker, and author of cookbooks) gave us the first information about the preparation of Italian dishes, as in the 4th century BC he wrote a poem describing Italian food as a food in which no scents such as herbs or spices should be added.

Thank God, this way of preparing dishes was forgotten in 1 century BC. Another author of cookbooks reveals about 500 recipes in which the dishes are abundant of herbs and spices.

Since then, cucina italiana has evolved and perfected to the point where it deserves its place as one of the most popular and popular cuisines in the world.

Today, Italian cuisine is a perfect combination of exquisite aromas that sense the connection with mother Earth, herbs and spices that make the palate enjoy any bite, delicious cheeses and, of course, noble and high-class wines … and yes, We have not forgotten the coffee and the ice cream.

The misconception is that Italian cuisine mainly offers pizza, pasta and spaghetti. The cuisine of Italy is not only very varied and healthy, but multi-layered. Still, if you are a fan of Italian pizza, you can read our article about “True Italian Pizza“.

In every region in Italy you will be welcomed with your own cuisine and specialties prepared according to local culinary traditions developed for centuries.

That you are in Bologna will understand as soon as you see the menu at the first place you sit in. Typical of the region are the tortellini, the thales, the lasagna.

Emilia-Romagna is popular with her polenta, her egg paste and of course parmesan.

Tuscany has a simple yet delicious kitchen that relies on fresh, fresh vegetables, cheese, home-made bread and fresh fruit.

Do you think you know a lot about Italian cuisine? Let’s see!

Did you know that:

* There are more than 450 different types of paste, and on average an Italian consumes 23 kg. Pasta per year. By comparison, residents of other European countries consume only 6 pounds in one year.

* For Italians the food was erected in a cult. For them there is nothing more sacred than sitting with the whole family at the table and enjoying homemade food.

* Tomatoes and corn, which are among the main ingredients of every Italian dish, have begun to be used since 1700.

* In the late 1930s, the Italian government imposed a ban on pasta. The dissatisfaction with this banal ban on the Italians was so severe that the government canceled it very quickly.

* When the first fast-food establishment opened in Rome in 1986, the Italians felt very insulted that they were offered to eat in such places. To alleviate the passions, responsible institutions began offering free spaghetti.

* Sauces are a very important part of Italian cuisine, so there are over 10 000 types of sauces in Italy.

* The Italians do not cook only with olive oil, as is believed. In fact, olive oil is popular only in the southern regions of Italy. Even in Tuscany, which has the largest share in olive oil production, a lot of meals are prepared with butter. To the north, Lombardy only cooks with butter, and in the western regions where it is popular, the pigs prepare the food even with the fat.

* Italian cuisine without cheese can not. Although there are many types of cheese in Italy, Parmigiano is the most respected. The Italians add it to everything – pasta, sauces, dressings and soups, even in desserts such as parmesan with blueberries, for example. The other types of cheeses, very used and revered by Botisha, are “Mascarpone” and “Mozzarella”.

* Originally, the paste is conceived as a food for dry rations during a war or long journey. The long slices of dough were dried and could last for months without spoiling. On the way, the paste was just put in boiling water and could be eaten or added to whatever the product was on hand.

* Besides pasta, Italians also love rice. And there is no such thing as Italy is one of the main rice producers in Europe.

* Wine is present at the table at every meal. Italians not only adore this drink, but they are also known as one of the best producers of noble wines with rich flavor and aroma in the world. Each area of Italy produces wine from its own vineyards, and Italians know how to consume wine without overdoing it.

* Pizza Margarita was first presented to Queen Margarita during her visit to Naples. The queen asked to see the tables and sit in a pizzeria to try out the dishes of the poor. The chef presented her pizza with the colors of the Italian flag – white (mozzarella), green (fresh basil) red (tomatoes). Since then, pizza Margarita has been prepared only with these three ingredients.

* Contrary to the belief that Italian cuisine is very calorie, it is actually low-calorie and even healthy. Pasta is made from wheat flour and the ingredients are always fresh and balanced, so Italians can eat pasta as much as they want and have slender figures.

* There are several versions of the name “macaroni”. According to one version, a prominent cardinal went to guests and handed him long, baked strips cooked in water. The Cardinal had not seen such food and exclaimed “O how sweet!”, Which in Italian sounds like “O, ma Caroni!” Another version says that the name comes from the Greek maccherone – a word the ancient Greeks used for everything unusual and unfamiliar .

* Italian ice cream differs from anything you’ve ever tried. Jelatoto, as they call this sweet icy temptation, is made with a thicker texture and is never offered completely frozen.

* In Italy there are over 100 types of ice cream and instead of topping, as we are used to serving it to us, they can offer you the jelly with strange spices such as sea salt or bay leaf.

* In Bologna there is a university where you can learn to prepare the jelly. 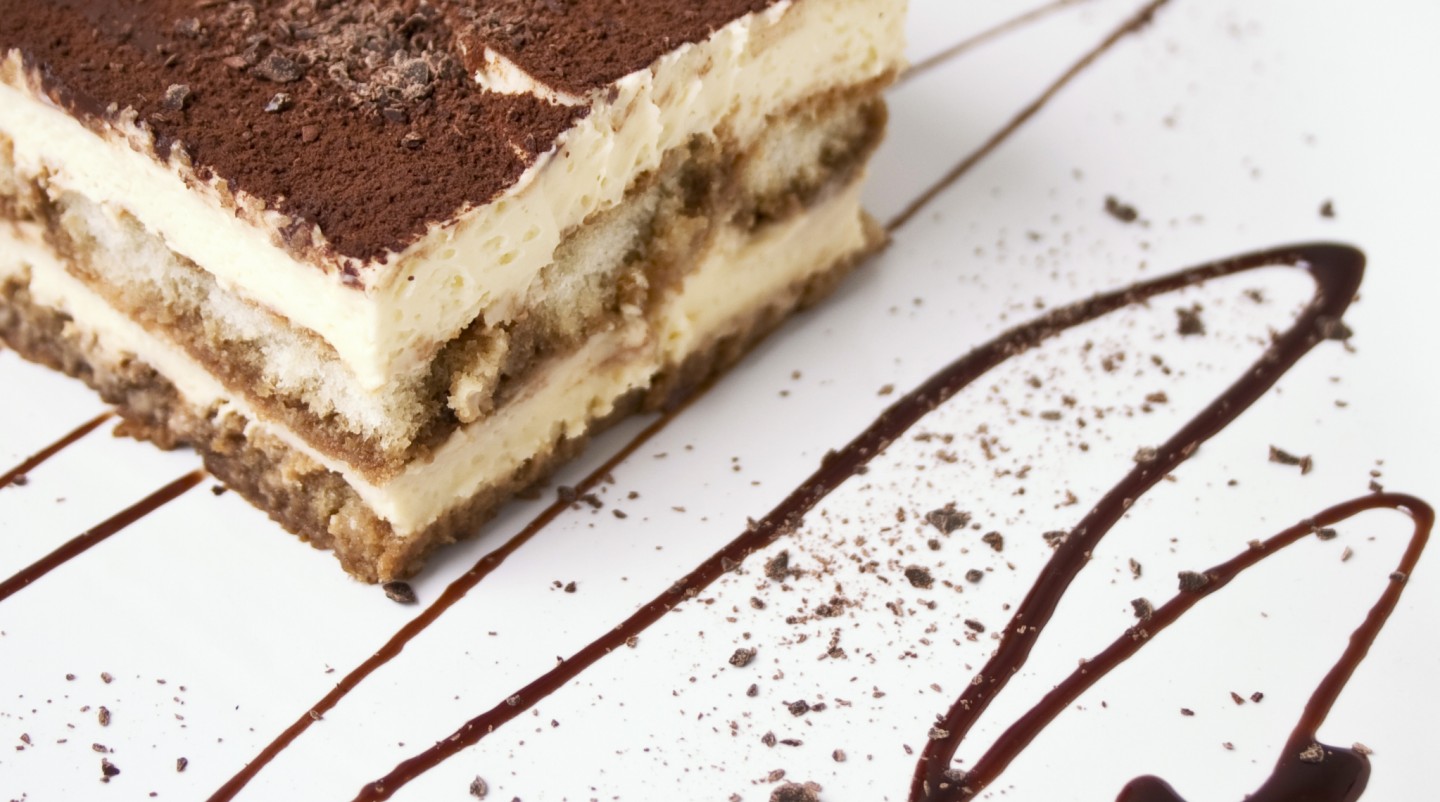 Popular and not so popular desserts of Italian cuisine

Italians adore sweet temptations and their desserts are temptingly delicious and with a very light, fresh taste. Unlike other European countries, where everything is covered (or wrapped up) in a lot of chocolate, Italian desserts are dominated by light creams or fresh fruits.

Tiramisu is one of the most popular desserts of Italian cuisine, and there is hardly anyone who has not tried and did not fall in love with it. Prepared by alternating submerged coffee and a special variety of wine biscotti and mascarpone cream. Dessert is sprinkled with cocoa and served with wine or coffee.

Dirty: “Tiramisu” means “cheer me up” as it is high energy and lifts the tone. There are rumors that in the past centuries noblemen ate from this great dessert whenever they were tumultuous.

The canals are a traditional Sicilian dessert that the inhabitants of this region have been preparing since the 9th century. The dessert is small, wafers that are filled with mascarpone cream or ricotta. Chocolate, nuts or fruit are decorated.

Very popular Italian dessert, extremely fresh, aromatic and delicious. Prepared with vanilla or chocolate cream, biscotti, biscuits or sponge cake, dipped in Alchirmes liqueur. Although it bears the strange name “English Soup”, the dessert is 100% Italian and has been prepared since the Renaissance in the regions of Tuscany, Emilia – Romagna and Makre.

This dessert comes from the Tuscan region and is made of chestnut flour, nuts and raisins. Castanaccio is an unpretentious, but very tasty and low-calorie dessert, which can safely stand up to the most popular Italian desserts.

The Scilliana is a very delicious and loved cake, the birthplace of which is Palermo. The box is made from sponge cake, candied fruit, ricotta and marzipan. The cake was made in the 9th-10th century when Sicily was under Arab rule.

Classic Italian dessert that will make you sigh of delight. Prepare only cream, sugar and gelatin and garnish with chocolate, caramel or fruit. Panayotas is the birthplace of the Piedmont region. Emilia-Romagna is the place where, according to culinary experts, they make the most delicious panakote.

Traditional Italian dessert typical of the Tuscan and Florence region. Ready with biscotti, amaretto, ricotta cheese or mascarpone, almonds, chocolate, dried fruit, cocoa and powdered sugar. Zuccotto is quick and easy to prepare and is an exceptionally delicious and original dessert.