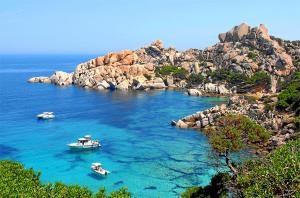 The Sardinian cuisine – recipe for longevity and health

After Sicily, Sardinia is the second largest Mediterranean island. Along with the Japanese island of Okinawa, Nicoya Peninsula in Costa Rica, etc., Sardinia is one of the five places in the world with the most long-lived ones. Moreover, unlike other areas where the ratio between male and female centenarians is 1 to 4, here this ratio is equal – 1 to 1.

Researchers say that, despite their age, Sardinians are healthy, they rarely take medicines, they are still physically active in their work, read without glasses, and so on.

To a great extent this is due to local food, which is very varied but generally low-calorie. Here it should be noted that Sardinian cuisine has a centuries-old history, which has developed over time and has established a variety of cooking practices – from the sardi that came in the 14th-13th centuries B.C., through the Phoenicians and Carthaginians who invaded these lands, followed by the Romans and Byzantines in the later centuries, then by the Spaniards and the French, the Italians.

The cuisine of Sardinia combines dishes coming from the agriculture, livestock and fishing, and the specific ways of its preparation make it unique in terms of flavors and aromas. So it is preferred by tourists, although the island offers all sorts of dishes from Italian cuisine. 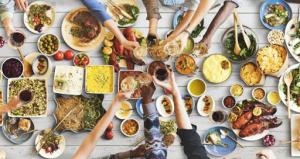 Main products and dishes in the Sardinian cuisine

The traditional cuisine on the island of Sardinia includes a lot of vegetables – fresh, stewed, baked and – of course, many fruits. The climate allows all kinds of garden vegetables to be grown here. Among the vegetables that are widely used for cooking are the beans, chickpeas, broad beans, tomatoes, eggplants, potatoes, etc. Meat is consumed in more limited quantities, although 60 per cent of agricultural output is from livestock.

The main animal products are milk, cheeses, yellow cheeses, cottage cheese, rich in beneficial fatty acids. Meat dishes are usually served during the weekend when the whole family gathers, so the menu is more festive. At the same time, it should be noted that different kinds of meat are consumed here: lamb, goat, pork, veal, horse, as the animals are grown in an environmentally friendly way of free grazing. There is also a varied game on the menu, as there are many forests with mouflon in the central areas of the island, which are a symbol of Sardinia, as well as deer, birds and much more.

Thus, different types of meat are prepared according to specific local recipes, as they can be roasted, smoked, dried, sausages, with pasta, such as vegetable fillings, etc. Naturally, fish dishes and seafood are also present in Sardinian cuisine. Here you will find delicious and always fresh dishes of fish, lobsters, octopuses, squid, sea urchins, shrimp of any type and size.

Here you can try the traditional smoked fish fillets, octopus salad, fried sardines with added onions, cedar nuts, boiled sea snails. Another popular delicacy is the bottarga – salted and dried tuna fish or swordfish with celery, octopus salad, fried sardines with onions and cedar nuts. An incredible example of the creativity of local people in terms of flavors and aroma is the very popular on the island local soup of European anchovy, crab, lobster, squid, sardines and mussels. 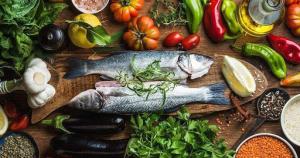 The main branch of agriculture in Sardinia is sheep farming, as the island produces half of the Italian sheep’s milk, but it is also a large goat’s milk producer. The Sardinians are known for their variety of cheeses, which are attractive and tasteful, as well as aromatic and non-traditional in terms of appearance. They can be consumed individually, grated, added to various dishes.

There are soft cheeses, semi-hard, hard, sweeter, salty, highly salty, etc. For example, the Provoleta cheese is made in the form of pear. It has a slightly salty flavor, as well as a smoky version that is especially delicious. Also popular is the Caciocavallo cheese, which is known in other variations and qualities in other regions, not only in Italy.

The reason is that it originates from the so-called Magna Graecia, when several centuries before the New Age settlers from ancient Greece conquered southern parts of modern Italy, including Sardinia. It may be made from cow’s milk, it may be a “mix” – cow, goat and sheep. It is used in cooking, also for sandwiches, for grating on salads, as well as for desserts.

The table and soft cheeses include Moras and Isola Bianca, which are usually used to garnish fresh salads. The listing of Sardinian cheeses may be continued, but in any case the “Pecorino” cheese, which is made from sheep’s milk, must be mentioned. It can be found in other places in the world, but 90 per cent of its production is in Sardinia, and here are some specifics: the product is of protected origin. Its hard version has a very sharp taste and aroma, it is spicy with a specific sour odor. It is traditionally added to pasta and antipasti.

Goat’s milk is also a common drink on the island of Sardinia, which is considered a drink of longevity. Its quality is so good because the goats graze a local herb – a Sardinian curry that has a strong anti-inflammatory effect and enhances the mood. Interestingly, the sheep avoided it. 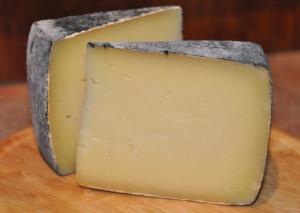 The exotic character of Sardinian cuisine

The cuisine of Sardinia is, in principle, specific. Among the culinary options, however, there are also quite unusual ones, some of which are exotic and some even can shock us with their “boldness”. Examples can start with the attractive consumption of sea urchins. Their hunt begins in the fall and it lasts several months – a period when the sea urchin is one of the island’s main delicacies.

What is attractive in addition to taste? Their shell is pretty hard and the inexperienced man can not deal with it. Special pincers are used to split the sea urchin. Their inside is poured with lemon juice and the reddish meat is eaten raw, scraped off with spoons, and the dish is served with white wine.

It’s not quite common for Europeans, but it’s very tasty. Of course, there are other options for the consumption of sea urchins with a combination of different flavors, macaroni, the pulp of the edible part of the urcin, garlic, onions, mushrooms, cream, cheese, parsley. Again it goes well with white wine.

But let’s go directly to the “shock” of the culinary exotics of Sardinia – cheese with worms! We are talking about the very soft and creamy Casu Marzu. It has long been in the culinary traditions of the island and is something familiar and normal for the Sardinians. For many tourists, however, even the name is terrifying because the translation means “rotten cheese”.

At the same time, however, although it may be surprising, Casu Marzu finds many admirers among the island’s guests who have gone on hunting for adventures and new experiences. In this cheese, fermentation does not occur in the normal way, but it includes decomposition. It is caused by the larvae of a fly that are intentionally placed into the cheese, stimulating increased fermentation and fat degradation.

Larvae in cheese appear as white translucent worms over 5 mm in length. The liquid released during the decomposition is called “tears” by the local people. Some remove the larvae before eating, others leave them. The taste is not typical compared to other cheeses – it is salty, sharp, dense and unique.

The cheese is smeared on carasau – bread cakes typical of Sardinia. Until the recent years in Italy and Europe this cheese was banned because there were cases of serious stomach problems after consumption. In 2010, however, Casu Marzu was recognized as part of the island’s cultural heritage and its sale was allowed, although only on the territory of Sardinia. Now its price is higher than of the popular Pecorino and, as it has been mentioned, there are always people who are willing to try the cheese in which there are live worms.