Lazio – the most visited region of Italy

Lazio is also an administrative and geographical center of Italy. Its provinces are5 – Viterbo, Latina, Rome, Frosinone and Rieti. The center of the region itself is Rome and its western part has a sea outlet, the Tyrrhenian Sea, where the most famous resorts and beaches are Sperlonga, Gaeta, Terracina and Sabaudia.

Lazio is the most visited region of Italy. Not only because here is Rome and its ancient and dramatic history as well as the Vatican. On these lands there is still much evidence of history, architecture, culture and life over the centuries and eras. We can mention, for example, the Ancient Ostia, in Tivoli – Villa Adriana, in Terracina – the Temple of Jupiter, in Seize – the Forum of Apia, in Pomezia – Lavinium, the necropoles in Cerveteri, Tuscania and Tarquinia.

Many tourists are attracted by the termini– the papal in Viterbo, in Tivoli, the healing springs in Fiuggi.In fact, Lazio offers a variety of options for excursions and holidays. There is a mountainous part, plains, rivers and sea in the region. Thus, tourists can enjoy elite sea, lake and river beaches; fishing, yachting, bars and restaurants, combining entertainment and shopping in the capital of the great empire. 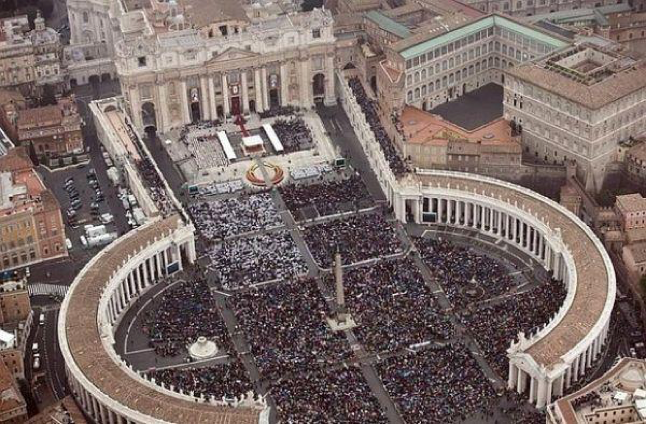 Interesting historical information has preserved the city of Anzio, which is located 58 km from Rome. In ancient times, its territory was dominated by tribes that were engaged in trade, fishing and piracy. After entering the Roman Empire, Anzio became the”villa zone” of the Roman nobles who began building their holiday villas here. This tradition has survived to modern days. In fact, the emperors Caligula and Nero were born in Anzio, who became the most popular in world cinema. Caligula, who was known for his extravagance and cruel despotism, was called the Mad. Nero has done many murders, including of his mother and his stepbrother. He is known as the emperor who ordered Rome to be set on fire in order to inspire him to play while the city burns.

The cuisine of Lazio

The provinces of Lazio have their own local specific cuisine, but in general, the cuisine of the region is determined by the Romanone. The preparation of the dishes is not complicated and it includes easily accessible products, because cooking here originates from national traditions.

Breakfast here is not so popular – historically, the Romans did not pay much attention to eating in the morning, they just focused on the main dishes. These include many types of macaroni – it is no coincidence that there is a Museum of pasta here. Pizzas are also popular of course, and the meat dishes are abundant – since ancient times the preferences of the Romans include dishes containing various types of meat, prepared in different ways.

The traditional dishes in Lazio include veal rolls and cutlets, lamb steaks, sausages, fish, seafood and so on. A lot of cheese is used; the garnish include broccoli, peas, artichoke, asparagus, rice, chicory and so on. Fines dishes with truffles are also served in the region. As throughout Italy, here the food always goes with excellent local wine, and in Lazio there are abundant varieties. 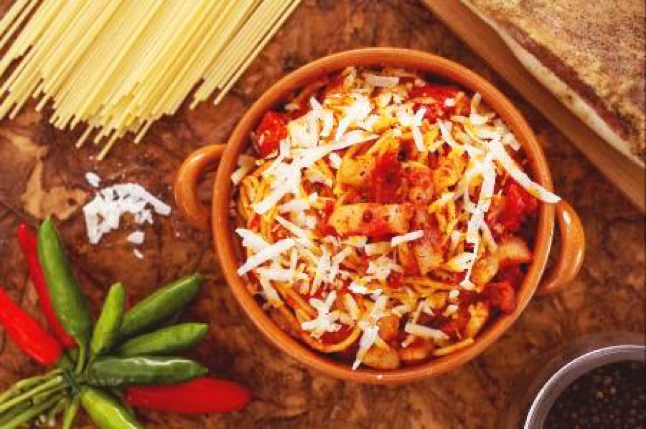 In Lazio there are numerous and varied dishes that have become traditional over the years, they are culinary emblem of the Italians. Culinary tourists are looking for various dishes as one of them is spaghetti Amatriciana.

They are prepared with pork cheeks, tomato paste, Pecorino cheese, white wine, red hot pepper, salt, black pepper and olive oil. There are two versions of the origin of the recipe. The first version is that spaghetti Amatriciana come from the small town Amatrice. The second version, however, is more famous and it is that these spaghetti were made for the first time in Rome, and the cook was from Amatrice. Either way, Amatriciana spaghetti is one of the most popular Italian pasta. There are specifics in the preparation of this pasta. For example, for authentic Amatriciana, the cheese must be Pecorino from Rome,   with origin that is with protected name /Pecorino Romano DOP/. It is sheep, hard, yellowish, spicy and its structure is grainy. It looks like yellow cheese. If it is not from Lazio, the name changes to Pecorino tipo Romano.

Characteristic for Amatriciana are the pork cheeks /guanciale/, which are raw dried for three weeks, rubbed with ground black pepper, red pepper also can be used, and salt. The taste of this product is more intense than of the other pork products. If tomatoes are not used, the dish is not called Amatriciana but pasta grinch.

Lazio has contributed to Italian cuisine also with pastaCabonara. It is prepared with spaghetti, raw eggs, guanciale, sheep cheese, black pepper. This type of pasta is associated with miners in the area (in Roman dialect “carbonari”), who used affordable products for satiating dishes.

Lazio has contributed to Italian cuisine also with Roman ravioli.They are distinguished from other ravioli with the fresh, fine ricotta made of sheep milk, used for the filling. This cheese is soft, slightly sweet, resembles thick cream. In fact, the Ricotta cheese is very common in Roman culinary for filling of pasta products. It is made in small balls and added to salted small breads, cakes and pizzas.

Dishes, soups and cakes from Lazio

Artichoke is traditionally and widely used in Roman cuisine. One of the most famous dishes isKarkhofi-alla-romana, in which the artichoke is filled with garlic, mint and parsley, then it is stewed in broth or butter. Another popular dish is carciofi alla giudia, which is fried in boiling olive oil and sprinkled with water, which makes the petals of the artichoke very crispy. Сarciofi alla giudia is described in a recipe from the XVI century.

Nudi meatballs are also popular in Lazio, they are prepared of curd, spinach, eggs, pecorino, flour, pepper, salt, nutmeg. They are served covered with tomato sauce or hot butter, and salvia is used for extra aroma.

Another dish that is traditional for Lazio is Tripe – veal offal, stewed with tomatoes.When the dish is ready it is sprinkled with Pecorino and mint and other spices are added to it.

The traditional soups of Lazio include Stracciatella, which in other regions is known as Staracciatella alla Romana. It is prepared of bovine broth, to which gradually are added a mixture of beaten eggs, ground cheese, lemon peel, pepper, salt, nutmeg, oregno, as well as semolina to taste. After mixing the ingredients, in the soup are formed small pieces from the cheese and eggs, as the name of the dish originates from this fact, in translation “flocks”.

One of the traditional cakes of Lazio areMaritozzo– soft muffins with cedar nuts, raisins, orange peel and whipped cream. According to an old tradition, Maritozzo have been served to the young brides. Ricottais among the roman cakes, which is made of sheep milk. It is a dessert by itself, but it also can be used in various creams and cakes.

Lazio is an old wine-growing area with wine production for at least 2000 years. 90percent of the vineyards are covered with white grape varieties. The region, however, is famous around the world for both white and red wines. The oldest varieties are Malvasia and Trebbiano, which occupy over half of the vineyards. It is believed that the white variety Malvasia was brought from ancient Greece. The Trebbiano variety comes from the Etruscan civilization that has lived on these lands before Ancient Rome.

Castelli Romani is the leading wine region in Lazio. There are specific volcanic soils here that give the grapes unique qualities. Frascati wine is the most popular wine of Castelli Romani. It is dry and with elegant taste. There is a citrus flavor in it, as well as pear and almond flavor, the aroma is strong with notes of peach, pineapple, walnut and tropical fruits. This wine is suitable for white meat, fish, appetizers and salads.

Tuscia is another famous wine region of Lazio. Here the Etruscans produced wine three millennia ago. The world-famous wine Est! Est !! Est !!! di Montefiascone with a golden hue and fine fruit flavor and aroma comes from this region. The strange name is explained with a legend from the Middle Ages. It is about a trip of Italian bishop and King Henry V.

The servant marked the doors of the inns where the wine was good with the sign Est,in order to indicate that there is quality wine inside. The wine was so good in the Montefiascone village that the servant wrote Est three times with an exclamation marks.

The best red wine produced in Lazio is Merlot di Aprilia from the Latina province, which is located 70 km from Rome. This wine is produced in Aprilia, as his name originates from it. The color of the beverage is bright red with thick flavor, slightly grassy and also slightly tannic, especially when it is still young. Merlot distinguishes from the other types of wine as more soft and dry, as well as more delicate. It is recommended for stewed dishes and baked meats. 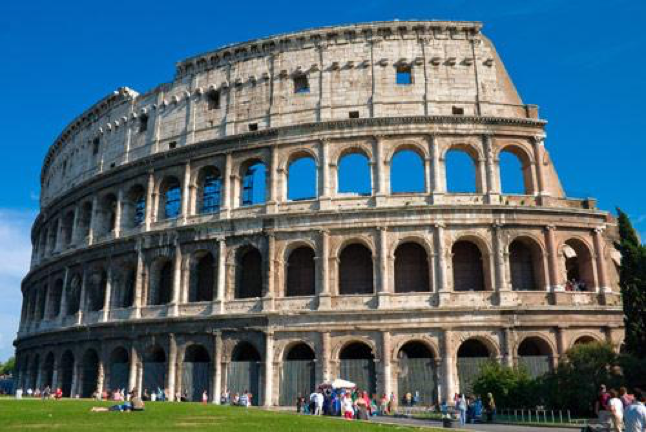 Lazio is a region inhabited since ancient times – here are traces of human activity from the Paleolithic times. But its particular significance and place in history is, above all, that here is the birthplace of today’s Roman people. The Roman Empire began from the territory of Lazio almost three thousand years ago.

The Etruscan civilization, which inhabited the Apennine Peninsula during the first Millennium B.C., conquered the lands of Lazio in the IX century B.C. so cities start to form, as well as agriculture. The Etruscans had a strong, dominating influence on the Latin people who were already living on these lands – the Italian tribe organized in separate cities-countries, but with common language and beliefs, with a common myth about their common ancestor Latin. The period is marked by many wars.

In Antiquity Rome included 7 hills. On six of them lived Latins and Sabines, and on the seventh hills lived the Etruscans. Around the VI century B.C., in the lowland located between the hills, was a fortress was built, as well as a temple of Jupiter, so the trade, religious and military center of the town was formed. Many achievements of the Etruscans and Latins were used in its development.

Since the Middle Ages to the unification of Italy in 1861, Lazio is a Papal state.  Nowadays, it is located in the center of Rome, which is the capital of the country.

So, the attractive power of Rome is natural – it is unlikely to visit Italy and not see the Eternal city. Moreover, the region of Lazio offers numerous incredible views that the tourists can enjoy as much as the entertainment in the city to which all roads lead.