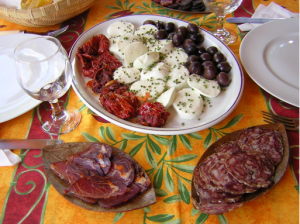 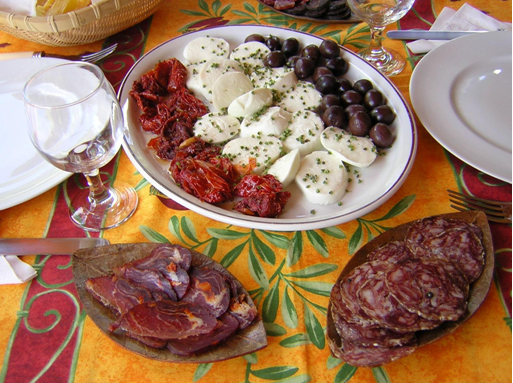 Although the word order comes from French (hors-d’œuvre), these dishes, served before the main course, have entered the national cuisines of many nations. They are called by various names – starters, snacks, snacks (in Russia) or with the Turkish word meze.

Sometimes they are confused with the concept of an appetizer or even used as synonyms. In Italy, foods served before the main course are called antipasti (antipasti) and are very popular and varied. They are offered before lunch or dinner.

One of the purposes of serving hors d’oeuvres is to sharpen your appetite and also serve as a gentle support while waiting for the main course to be served. The prawns should not be confused with the salads, although they also use vegetables. Most often they are slices or pieces of a variety of products arranged in a plate or plateau.

Sometimes they carry the name of the main products in them, such as Cheese Ordiover or Smoked Meat and Sausage. There are also those that are not made up of homogeneous products, but they combine different typesmeat delicacies, cheese, salad mixes, other vegetables, nuts and fruits.

Already in ancient Rome various meals entered the diet, which were served and consumed in a certain order. Historical texts describe the appetizers of vegetables that precede the main course of meat. For the first time, however, the term antipasti appeared in the 16th century.

The edition is a kind of culinary calendar, which describes the menu for each day of the year, as well as the order of the dishes. In his book, which is one of the most significant of the culinary topics during the Renaissance, Romoly points out that antipasti is first served at the table.

In it, the papal chef lists approximately 1000 recipes from the Renaissance cuisine. Also in the sixteenth century, the father of Italian cooking, Pellegrino Artusi, described probably the first definition of appetizer.

He writes that appetizers are those little things that open the appetite. It even lists what they prepare: oysters, cold meats, ham, tongue, mortadella, salami, cheese, anchovies and sardines.

Over the centuries, antipasti have naturally evolved. Consumer tastes and ingredients and recipes are changing. Today, antipasti are an integral part of the menu of Italians and their variants are hundreds.

In the Italian cuisine the antipasti are divided into hot and cold and also homogeneous and combined According to the processing they are raw, fried, stewed, boiled and baked, and according to the products used they are generally meat , fish and vegetarian. 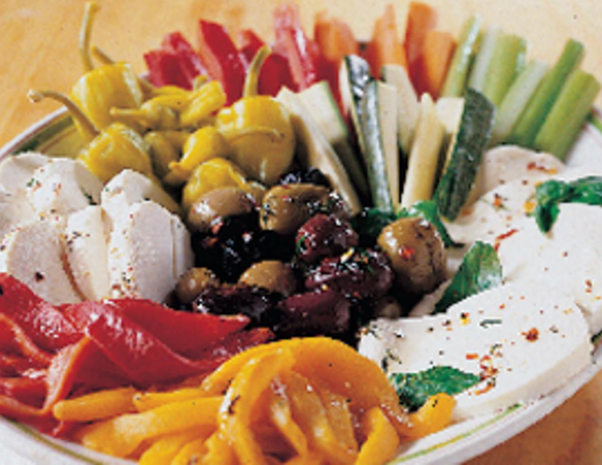 Antipasti can be divided into seven groups:

Considering the huge variety of meat delicacies and hard and soft cheeses in Italy, the dishes with their participation are countless. Fish use smoked salmon, canned tuna or anchovies and others according to region, and seafood – squid and mussels. Practically all kinds of vegetables can be included in the recipes – tomatoes, eggplant, zucchini, peppers , artichoke, carrots, etc.

Often in the antipasti there are olives, lettuce, capers, pesto. Quality olive oil and vinegar are served to the crunchy bread.

The content of the appetizers depends a lot on the geographical area in Italy. In each region they include different products depending on local characteristics. For example, in Northern Italy they use locally produced dried meats and sausages such as prosciutto and mortadella.

In the antipasti there are also river fish, mushrooms and fresh herbs. In the southern regions, they prefer saltwater fish and other seafood. Many fresh vegetables are also used. The cheeses present in the antipasti in the individual regions are also according to local tastes and production.

Here are some examples of different product combinations: 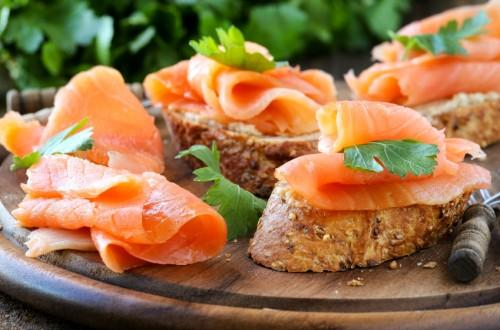 All hors d’oeuvres, including the Italian ones, are served at the beginning of the meal and the goal is not to satiate one. They stimulate appetite and promote better absorption of food. Larger assortments are offered, but in small volume. Most often they are in the form of bites or small pieces.

Usually they are used for the preparation of delicate meat products, quality cheeses, fresh vegetables and fruits. Most of the ingredients are raw, stewed, roasted or grilled and rarely fried, which makes them gentle on the stomach.

Vegetarian antipasti are very suitable for a light dinner. The crunchy loaves to them can make you not even get to the main course.

Of course, antipasti are also served with drinks. It is appropriate to eat fish and vegetables white wine and meat red wines.

Sometimes, on hot summer days, appetizers can be accompanied by beer. Among the young people are the popular light cocktails called “syringe”. They are mixed with wine with slightly bitter liqueur and a little soda.

Antipasto Tuscany is very popular, and its ingredients may vary. Sausages and prosciutto are thinly sliced ​​and parmesan is flaked or grated. It is more effective to serve an appetizer on a wooden board, but it can also be shaped into a  plate or plateau. It is served with crunchy breads or grits. 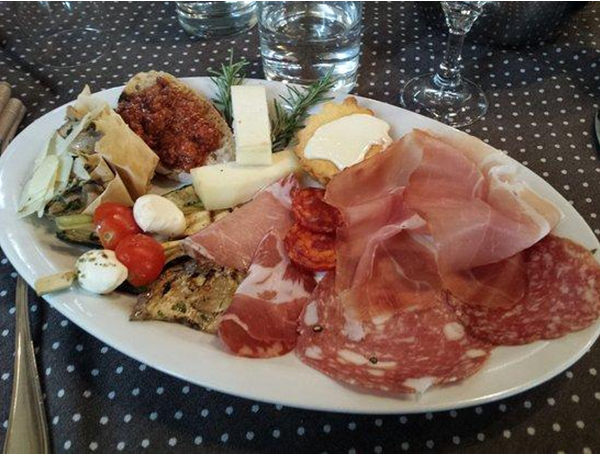 Antipasto with eggplant, tomatoes and mozzarella

The eggplant is washed and cut into washers, which are put for 10-15 minutes in a pot of salted water. This is done to remove its bitterness.

Eggplant pieces  Drain, dry and place in a baking tray covered with baking paper. A little olive oil drips onto each washer.

Tomatoes are washed and cut into slices or into small cubes.

One round of tomatoes is placed on each piece of eggplant or sliced ​​tomatoes are distributed. Sprinkle some salt and olive oil on them.

Place the tray in the oven and bake the vegetables at 200 degrees until soft. Then remove a round of mozzarella on top of the tomatoes.

The pan returns to the oven for a short while to allow the mozzarella to drain and drain. The ready entree is served topped with fresh arugula or basil leaves. 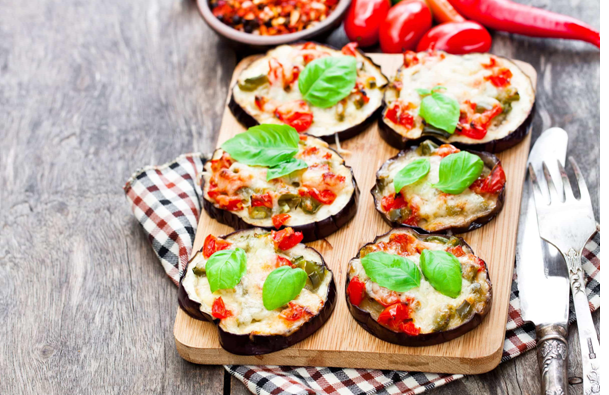 Antipasto with broccoli and zucchini

Break broccoli into roses. Cut the zucchini into thin circles or crescents and grill or pan. Salt them and marinate them with lemon juice and some olive oil.

In a saucepan, let it boil a liter of water and add a tablespoon of salt. Drop broccoli to blend for 4-5 minutes. Transfer them to ice water for about one to two minutes, then drain them.

Soak the dried tomatoes in the water in which the broccoli is cooked for about fifteen minutes. Cut the cheese into small cubes 1 cm in size. Dip them in a dressing made of olive oil and lemon juice and then roll them into ground nuts.

Arrange blanched broccoli, grilled zucchini, cheese, dried tomatoes and roasted peppers on a plate or on a board. Arrange the olives around them and garnish with the fresh basil leaves. Finally spray with the rest dressing.