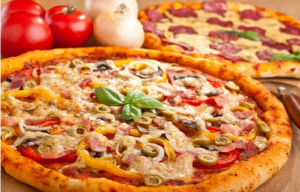 Italian cuisine – why it is a favorite of many Bulgarians 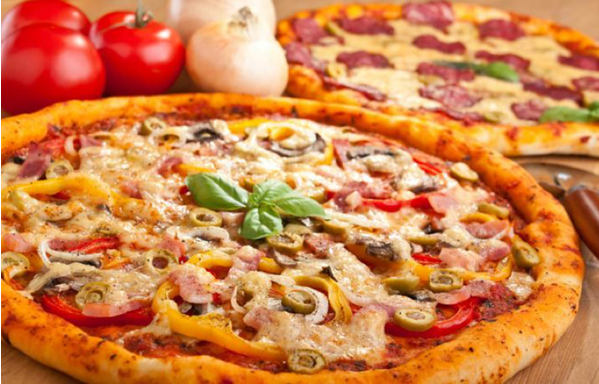 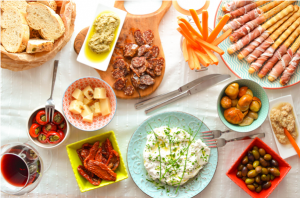 Something delicious that we can quickly prepare at home or buy from the pavilion around the corner. But Italian cuisine can also be very and haute cuisine with renowned wines and fragrant olive oil from first-class olives.

Italian cuisine is number one in our country, both in terms of the most luxurious restaurants, and fast food restaurants, which sell pizza per piece and semi-finished pasta. Many people point to Italian restaurants as the embodiment of the idea of ​​a romantic candlelight dinner in a sentimental atmosphere.

There is something so exotic in Italian cuisine. At the same time, it is a favorite of many people around the world, and also in our country.

A closer look at the traditions of Italy will allow us to understand that it actually has much more in common with Bulgarian cuisine than we ever imagined. Could this be part of the reason we feel so attracted and tempted by it?

Are there other reasons why it is so popular in our country? We will look at some dishes that are something like a crossroads between our and Italian cuisine.

One of the brightest examples of similarity between the cuisine of the Balkans and that in Italy is called polenta. This is actually a dish equivalent to Bulgarian porridge. It is also prepared from corn flour, butter and water.

As well as being quite similar in terms of products and cooking methodology, it is also served in a similar way – it can be in the form of a thick porridge and act as a side dish to both meat and mushrooms, and etc.

It can also be offered simply with sauce – in our country we fry butter with paprika, while in Italy you will more often find, for example, polenta with pesto or tomato sauce. Unlike us, Italians sometimes choose to leave porridge (polenta) to cool and dry, and then it can be used as rusks or croutons for cream soup or for bruschettas.

Like the Italians, we are lovers of good wine. Respect for him makes us almost fraternal peoples. In Italy there are over 370 varieties of grapes, which are grown in different regions of the country on an area of ​​over 173 thousand acres. There is a strict qualification of wines here. There are those for which it is forbidden to completely mention on the packaging where exactly they are produced simply because they can be made anywhere in the European Union.

However, there are two categories of wine that have a special status in Italy – these are the bottles that are marked with DOP and IGP. IGP means that the wine has a protected geographical indication (PGI), while DOP means a wine with a protected and guaranteed origin.

This is the highest class of uniqueness of the drink. Among the most famous Italian wines are primitive, dolceto, barbera and sangiovese. Usually the wine is tried with an appetizer of bruschettas – small bites, garnished with sauces, sausages, olive oil, cheese and others. 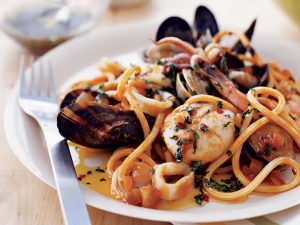 Although seafood is a traditional food not in much of Bulgaria, but rather only in its easternmost points, most of our compatriots really like the seafood, which abounds in Italian recipes. It is rather traditional to eat various river fish and other freshwater inhabitants such as crabs, which does not prevent us from appreciating the qualities of the seafood delicacies present in many Italian dishes.

Something that makes Bulgarians especially like Italian dishes is olive oil. Also called “wood oil” in our country in the past, it was imported duty-free  into our territories while we were part of the Ottoman Empire. Only after the fall of the Sultanate did we switch entirely to the consumption of sunflower oil in its place.

The taste for olives and olive oil, however, remains very strong in many Bulgarians to this day. Maybe this is another thing that makes us appreciate Italian cuisine so highly.

These are, one might say, two of the favorite foods of modern Bulgarians. Pizza fits into our ideal idea of ​​a dish – fragrant and crunchy dough with a rich filling, which makes the dish filling and varied. At the same time, the Bulgarian somewhat distorts the idea of ​​pizza, even eating it for breakfast.

In general, in Italy it is an evening dish and is eaten only on the spot, immediately after baking. In the morning, locals can only eat the so-called impala pizza. It is prepared in a special way and thanks to this it is much lighter than when using standard dough.

Although pasta is not inherent in our culture we also like it to a great extent. After all, it is a matter of cereals. The carbohydrate base of both meat and lean dishes is a favorite of most Bulgarians, so they are happy to eat both pasta and pizza in Italian.

Definitely the average Bulgarian is an ardent admirer of milk and its derivatives. Of course, almost all of us think that Bulgarian white cheese is unsurpassed in its taste, but we also pay due respect to the famous Italian traditional cheeses (mozzarella, fontina, parmesan, pecorino, provolone, gorgonzola). This is another reason why our two peoples are close. 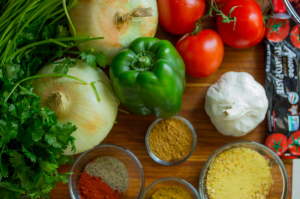 The Bulgarian is a connoisseur of plant food. Italian salads are rich in flavors, spices, and also – in protein, which makes them a favorite of many of our compatriots, who liken some of them to our so-called “wolf salad”.

In terms of fruit, the Italians have one significant advantage over us and that is the cultivation of citrus crops. Something that in our country is still considered exotic and is successful only in the southern part of the country. On the other hand, climate change is not something we should look forward to.

Good chefs know that the hidden trick to authentic Italian pizza dough is to use as little flour as possible. And the secret to the good filling of a good pizza is in the quality of the products we will use! There is no way a pizza with a dubious-looking salami can be tastier than a pizza with irresistible pieces of pepperoni, strolgin, felino, tuscany, napoli or pisto.

Spirit of comfort and more

There is one more thing that has in common between Bulgarian and Italian cuisine and that is the tendency to strive to get something out of nothing. Like our lands, many regions of Italy have also experienced difficult times. This made them appreciate the little things and look for ways to diversify the table even when it is extremely modest.

It is no coincidence that one of the most delicious and most popular regional Italian cuisines is Umbrian. The poorest, but also the most colorful of all the provinces.

Sanguinacho – the Italian delicacy for carnivores

Many people initially react quite surprised to the fact that in Italy the locals make sausage, quite similar to the local blood sausage. There it even bears the same name, only in Italian – “sanguinacho” (the word comes from the word “sangue” – blood). The Italians go a little further, making their blood from the Sanguinacho Dolce dessert – which is usually prepared and eaten before the 40-day fast, which is observed there every year before Easter.

There are many things in common between Italian and Bulgarian cuisine, as well as a number of differences. Our peoples are also close in spirit, although they differ, which makes our culinary traditions mutually interesting. Many of the Italian delicacies are liked by Bulgarians, and some even “Bulgarianize” them , adding some variations and improvisations in the preparation.