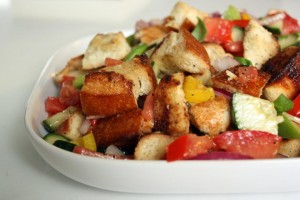 One has to taste Italian cuisine in order to be able to feel Italy’s authentic spirit. It is extremely varied and includes a colorful mix of aromas and flavors, combining thousands of years of history and foreign cultural influences. 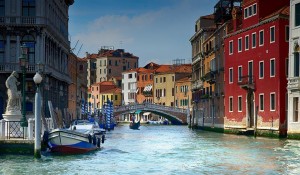 Although Italian cuisine is often associated with pasta and pizza, there are various traditional dishes in which there is no pasta whose roots of origin are quite old. The dishes of the traditional Italian cuisine are composed of a wide range of vegetables, which are widely spread in the antipasti (peperoncini, mushrooms, artichoke hearts), and give way gradually to smoked meats such as prosciutto and capocollo. Only then is it time for pasta which may include tender beef or lamb, as well as fresh fish.

Traditional Italian dishes are characterized by simplicity achieved by a few ingredients, but they are so carefully selected according to taste and aroma that the result is a surprisingly superior taste in any bite.

It is based on the high quality and freshness of the produces and not on their variety and quantity. And exactly this way of preparing food reflects the true Italian spirit. The Italians are certainly worthy of the reputation of a people that can enjoy food and life in full.

Historically, Italian cuisine is divided into two parts: one part for the poor and another for the aristocrats.

How is the cuisine for the common people?

The Italian cuisine of the common people, also called “cucina povera”, is characterized by the fact that it contains products that are simple, cheap and available to ordinary people from the lower classes of society in Italy.  The poor mainly ate the produce they grew in the land they were entitled to cultivate. They have made dishes from produces that were at hand and easy to find. In their meals, the poor society circles in Italy used meat that might not have been completely fresh, as well as edible offal and oddments that they salted abundantly to keep them for longer.

Poor people compensated for the lack of freshness and taste in food produces with the use of more aromatic spices and a sense of culinary creativity. In the common people cuisine spices such as rosemary, basil, sage, thyme, parsley, oregano can be found.  Many of the dishes were made from leftovers from previous dishes. The servants of rich families prepared their dishes of leftovers of the masters table.

In the cuisine of the poor, vegetable soups and stews (spinach, potatoes, beans and lentils) and pieces of meat or legumes served with bread dominate. The use of legumes and leguminous plants is common in southern cuisine, as the southern Italian region was poorer than Northern Italy, which had more trade links with other countries and, therefore, a stronger economy.

It is in Southern Italy that the traditional dishes appear which, despite their simplicity, become classic culinary masterpieces of Italian cuisine and are preferred to this day.

At the table of the poor, various kinds of salami could also be found, which were made of meat oddments. The poor mixed ground meat or meat leftovers with wheat or other grains, shaped them in balls or other shapes and fried them.

Another interesting combination of produces from the cuisine of the poor is for example cheese served with fruits such as pears, grapes, honey or jam. Some of the dishes from the cuisine of the common people actually became popular national dishes of Italian cuisine which are preferred because of the simplicity of their preparation. Besides being a light and healthy meal, the meals of the poor are a good way to make use of the food left over from the day before.  Here are some of them: 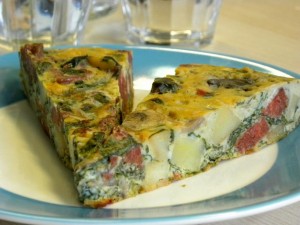 This dish resembles a quiche and there are disputes about whether its origin is Italian or Spanish. Prepared from eggs, parmesan, salt, pepper, olive oil and pasta and different types of vegetables can be added to the main mixture. The mixture is shaped into small pancakes and fried.  The name frittata comes from frigere, which means to fry.

This is a Tuscan salad, which is mainly consumed in the summer. It is also found in the region of Central Italy. It includes Tuscan tomatoes, capers, red onion, cucumber, red peppers, vinegar, olive oil, fresh basil, pieces of old ciabatta bread, salt and pepper. 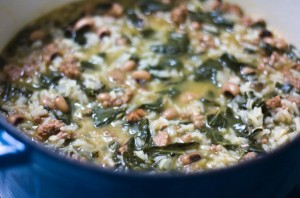 The name of this thick soup comes from Tuscany and it literally means “cooked again”, as the peasants prepared it from the remains of the previous day. It is made from a type of kale (black Tuscan cabbage), white beans, cabbage, carrots, celery, onion and potatoes.  Finally, it is mandatory to add old bread to it and you can sprinkle with olive oil and pieces of grated parmesan. This soup also has many variations, depending on the region. 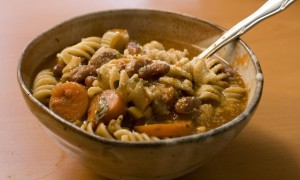 Minestra (soup in a pot)

This soup is made from potatoes, carrots, onions, tomatoes, cloves of garlic, zucchini, cabbage, cauliflower, parsnip and olive oil. It can be served with grated parmesan.  Its name derives from the Latin word ministrare, which means “to give away”. This is due to the fact that in the past minestra was served to all members of the family from a common bowl or a container by the head of the family.

Minestra has different variations, but always includes vegetables that give it density like beans, potatoes and pumpkin. Pasta and rice can be added to it. You can eat it both hot and cold, making it a soup for all seasons. 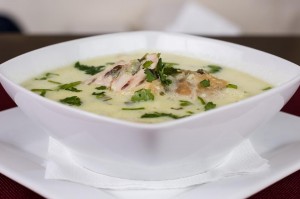 The name of this soup means “broth with pieces of bread”. This is again a soup, which however does not include rice or pasta, and may include cut pieces of bread. 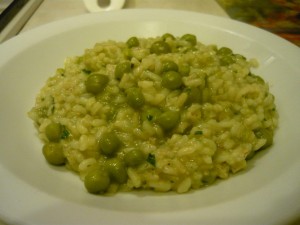 This easy to prepare dish comes from Venice and there are many variations of it. Traditionally, it is prepared with fresh spring peas but can also be made with frozen peas, onion, Arborio rice, parsley, vegetable or chicken broth. Grated prosciutto or some kind of ham can be added to it, but not necessarily.

Typically, a poor man’s table included a single dish, unlike the table of the rich where courses can go up to six without counting the beverages.

How is the cuisine of the high society?

Of course, as with any national cuisine, the cuisine of the Italian aristocracy is characterized by splendor, a rich variety of products and ostentation. Culinary traditions in the cuisine of the high society have been greatly influenced by French cuisine.

It is a known fact that Italian aristocrats have often organized magnificent celebrations. In their dishes there are produces such as different nuts, honey, garlic, meat and pasta. In the list of table courses dessert is a must.

There is also an abundance of cheeses, aromatic wines and spirits. Do not forget the presence of truffles in the cuisine of the rich. In Italy, mainly white truffles are found.

Italy owes its colorful palette of flavors and tastes to the influence of the Arabs. During their invasions to Italy Arab countries carried with them a number of spices and also cooking culinary techniques from North Africa and the Middle East with which the Italian cuisine has changed its appearance.

Arabs import products in Italy such as citrus and almonds, as well as unusual combinations of sweet and bitter flavors in the dishes. The presence of a variety of local and imported exotic spices at the table of wealthy Italians was considered a symbol of a high status in the society.

It is believed that the appearance of ice cream and sorbets in Italy has occurred thanks to the Arabs.  When the Arab conquerors invaded Sicily, they found an abundance of citrus fruits. They discovered that when fruits mix with snow from Etna and honey, a tasty sorbet can be obtained. Thus, following this recipe, they also made different fruit desserts.

During the Middle Ages occurred the division of Italy into different culinary regions depending on the type of production in the specific region. Boundaries between the different regions that were governed by different powers were set then and therefore they were difficult to cross. In this way, each region retains its unique traditions in the preparation of dishes that have been passed down from generation to generation.

With the discovery of the New World, new changes were introduced to the cuisine of the aristocratic layers of Italian society. Produces such as tomatoes, corn, peppers, beverages such as tea, coffee, sugar cane and other spices are introduced.

Ingredients such as corn and peppers were easily adopted by Italian society, while others needed more time. Tomatoes, for example, were not used for cooking until 19th century because they were considered poisonous. Sugar begins to be used in the preparation of candied fruits and nuts.

During the Renaissance period, aristocratic cuisine also experienced its renaissance as it increased its wealth of recipes. During this time in Italy the best and most creative master chefs in Europe showed their worth. More produces such as lettuce, artichokes, truffles, frozen desserts began to be used. Different types of roast meat, edible offal of different animals, stuffed pasta, pies and tarts were consumed.

During this period the rich increased their consumption of stews, noodles, macaroni, dairy products such as high-fat cream, eggs. The rich also began to add more sauces to their dishes, and especially to those containing pasta. They made a special sauce, such as white sauce in Northern Italy dishes, and tomato sauce in those from Southern Italy.

In the northern parts of the country, under the influence of French cuisine, they start to use more butter massively which gained the same popularity as lard, characteristic of the central parts. In Southern Italy the use mainly of olive oil continues. Fruits such as melon and mainly citruses play a leading role in flavors and are served at the beginning of each meal.