Restaurant Leonardo Bansko > Blog > How has Italian cuisine changed over the years? 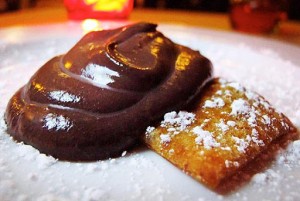 How has Italian cuisine changed over the years? 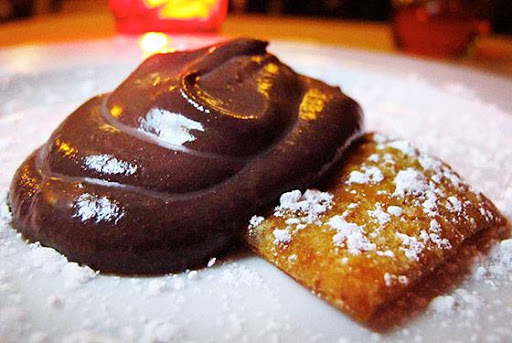 Why everyone loves the Italian cuisine?

You will most probably say that this cuisine is favorite to many people because of the pizza, pasta, lasagna and the delicious Mediterranean dishes, and from the point of view of our modern times you will be right.

Italian cuisine has so far been one of the most popular and appreciated cuisines in the world, as this fact is undisputed. It is enough just to go out for a walk and you will find at least a few Italian restaurants. And that is not just in your city, country or in your continent. There are Italian restaurants even in Asia and in the Middle East – regions where it is very difficult foreign cuisine to be popular on the market.

But Cucina italiana as we know it and love it today has changed over time. Products and spices have disappeared, other have appeared, the way of preparing the dishes has changed, the tastes – also, and  we shouldn’t forget that the Roman Empire for many centuries has been ruling over many parts of the world and every conquered territory has contributed with something that has enriched the Italian culinary tradition.

For the development of the modern Italian cuisine, we can speak only after the collapse of the Roman Empire, when the regions began to develop their regional cuisine. This is the time when the trade with the Arab world is growing, and the Arabs came with exotic spices, which until then were unknown in Europe, but very quickly they found their place in the recipes of the Italian cooks. Later on Europe discovers the New World and the Italian cuisine welcomes tomatoes, eggplant, cacao, potatoes and many, many more… 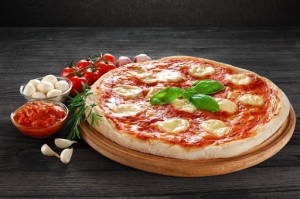 Let’s go back to the beginning and briefly review the development of the Italian cuisine to the present day.

In the very beginning there were the Romans and the Roman cuisine, which consisted mainly of oatmeal, made of double grain spelt (wild wheat), olive oil, salt and seasoned with herbs.

Bread was consumed in huge quantities by people of all classes of society, and initially was prepared of spelt. During the rule of the Roman Empire the bread was prepared from cultivated wheat (this is a contribution of the Greeks and the Greek cuisine). Usually the Roman consumed bread with honey, olives, eggs, cheese or they just have soaked it in…wine.

The dishes were prepared mainly from cultures such as beans, lentils, peas (foods, grew by the Etruscans that enhabited the present-day regions of Italy-Umbria, Lazio and Tuscany) and vegetables, which however have little to do with today’s vegetables that are mainly used in the Italian cuisine.

Keep in mind that in ancient Rome people didn’t know the tomatoes, peppers, potatoes that arrived in Europe only after the discovery of the New World around 1400, the eggplants came with the Arabs who imported them in Italy 600-700 years ago.

So the main vegetables that were used in Rome are cabbage (consumed raw or cooked), broccoli, celery, carrots (various types, not only the orange that we know today), asparagus, pumpkin, beets. The fruits that were present on the Roman’s table were mainly apples, figs, grapes, pears.

Fish and seafood were easily accessible and people consumed them frequently, and the meat was consumed mostly dry. 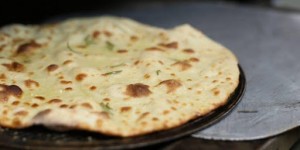 Popular dishes in ancient Rome, as some of them will shock you

Today, this dish doesn’t exist, but in ancient Rome it was one of the greatest delicacies and the tongue of flamingo often was present at the tables of the aristocrats. It is not known exactly how this dish was prepared, but it is described as “a dish that has a particularly pleasant taste”.

Nowadays, hardly any of us can swallow a bite of this dish made of rat, but in ancient Rome, if you could afford to feed your guests with a rat, this meant that you are very rich. The Romans fattened the rats and showed them to the guests before cooking. Then they prepared them by filling them with other meat and finally dipped all in honey.

Garum is a sauce, which was very popular in ancient Rome and it was used almost in every dish. This sauce was prepared of….fermented fish intestines.

Jellyfish were prepared as a kind of appetizer, which apparently was great with wine.

This dish is still part of the Roman cuisine, and if you visit Rome you can try it in some specific restaurants. Nowadays, it is prepared in a similar way with some changes to the recipe. In the past, the sea delicacy was boiled in water with spices, herbs, wine and vinegar.

The fish was then cut into portions, and sauce was made of the boiled water. Today, the recipe is changed a little bit, as the sea devil fish is served baked with a garnish made of baked potatoes.

With the expansion of Rome, tastes changed and the recipes of the dishes became more complex. At that time, the Roman Empire started to gain power and to conquer new territories, and at the same time, the Italian cuisine became more abundant.

The greatest contribution to the development of the Italian cuisine has the Greek cuisine, as from it the Romans took many new products such as wheat, the use of eggs, butter, dairy products, also dishes such as lasagna, which they developed according to their taste, and after the arrival of tomatoes in Europe, they created one of the most popular dishes of the Italian cuisine to the present moment.

We mentioned that we can talk about Italian cuisine only after the collapse of the Roman Empire, when separate cities – countries were created throughout the entire territory of Italy, which started to develop their own regional cuisine.

The Renaissance Italian dishes, if we can call them that way, are much more different than the dishes that were prepared during the Roman Empire with regard to products and spices, as well as the way of preparation of the dishes.

Unlike in the Roman cuisine, in Renaissance Italy the cooks discovered the richness of spices and started using both the familiar and exotic ones, which were brought to Italy by the Arabs. Very famous exotic spice that is used today is the saffron, and without it, the risotto that we all love, wouldn’t be the same.

The recipes of these period include new products such as corn, tomatoes, cacao, exotic spices and fruits, coffee.

And when it comes to coffee…

Did you know that coffee, which we all often associate with Italy, was unknown in ancient Rome? It arrived in Italy in the XVI century, and the tradition of drinking coffee comes from the Arabs. In the beginning coffee was called „a Muslim drink” and for a long time it wasn’t accepted in Italy and Europe. Everything changed when Pope Clement VIII started drinking coffee.

Unlike the difficult acceptance of coffee, in Renaissance Italy, people started more and more to use various types of meat such as veal and beef, as these types of meat replaced the goose as the preferred meal at the table of the rich. In the recipes of the dishes were included products such as blood, brain and intestines of different animals.

One of the most popular desserts that is prepared with blood and which you can try today in some of the Italian patisseries is Sanguinaccio dolce. This dessert is made of pork blood, which is sweetened with chocolate, pine nuts, sugar and raisins. This chocolate mousse is traditional for Naples, and during the Carnival is one of the most popular and consumed desserts.

With the arrival of the tomatoes, peppers, potatoes, eggplant, pasta, chocolate, the Italian cuisine started to look like the cuisine that we all know and love today.

In a few words… Since the ancient times, the Italians have always loved to eat sweet things, as Roman have even prepared ice cream. Later on, after the arrival of cacao, they started preparing their own version of chocolate, which included raisins, almonds, vinegar, ginger, honey and cinnamon. This strange type of chocolate was a sweet-sour mixture and it was prepared to the XVI century, when the alchemists of Tuscany began to experiment and added peel of fresh lemon, cinnamon, vanilla and musk.

In the XVII century Francesco Reddy invented a sophisticated recipe by adding some jasmine to the chocolate mixture, and this was the birth of the modern version of the Italian chocolate.

The boom of the Italian culinary and its recognition as one of the best cuisines in the world is in the 80s of the XX century, when the Italian dishes became popular in the United States of America. During this period, the pizza, pasta, risotto, lasagna, Mediterranean recipes became very popular due to the simplicity of the preparation, and the fresh products that are used in them.

The dishes that have been prepared in the past remained there, and significant part of them such as risotto with a snipe from Friuli, stuffed wild boar’s head from Tuscany are in the history now. Other traditional and ancient dishes such as polenta with beans, omelet with macaroni, Ribollita with mushrooms and cabbage soup are still being prepared by the Italian families, but very rarely, usually only on holidays.

According to the researches of the Italian cuisine so far, significant part of the dishes have changed or ceased to exist, because their preparation requires a lot of time, or because the products for them are expensive.

Fortunately, in the recent years, the Italian society has begun to revive the interest to the ancient traditional Italian dishes, which are remembered and passed on from generation to generation, and at present, significant part of the Italian restaurants serve dishes prepared according to old recipes, but with a pinch of modern spirit.