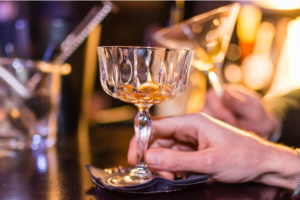 The creation of Galliano liqueur

The exceptional Galliano liqueur not only bears the name of a legendary Italian hero, but also the Italian spirit. It symbolizes the pursuit of perfection , combined with imagination and talent. This drink is for people with a passion for the finer pleasures of life, respecting traditions.

The story of the creation of Galliano liqueur is another touch to the rich heritage of Italy . Classic liqueur is now part of the range for every classy bar in the world. 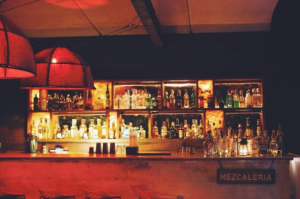 Who is Major Galliano?

Major Giuseppe Galliano, who inspired the name of the famous liqueur, is an Italian legend from the late 19th century. He was born in 1846 in Vicofort Mondovi in ​​the Piedmont region. Galliano entered a military college in Asti at the age of twelve with the prospect of a brilliant military career.

In 1887 he volunteered to fight in Africa, where he commanded the 3rd Battalion in the 1887-1896 campaign in what was then Abyssinia (now Ethiopia).

Galliano becomes a hero after defending the Enda fortress near the ancient city of Makale against the Abyssinian army, facing enormous enemy supremacy.

He held the positions for 44 days without food and ammunition at a numerical ratio of approximately 36 to 1 against 80,000 opponents. For this feat he was promoted to lieutenant colonel and awarded a silver medal by the King of Italy.

Shortly after this event, Galliano took part in the decisive battle of the Italian-Abyssinian War, the battle of Adua, where the Abyssinians again considerably outnumbered the Italian troops. After a fierce battle, the Italians were defeated, leaving 11,133 dead on the battlefield.

Among them is Galliano, although his body has never been found, leading to many myths. His courage earned him recognition as a war hero, and his exploits inspired the creator of the wonderful liqueur Galliano to name him.

So far, some aspects of Galliano’s creation remain a mystery. With a recipe that is more reminiscent of the Middle Ages, elixir of exotic herbs , bark and roots of trees, spices and seeds of flowers, this bright golden vanilla-flavored liqueur is easily recognizable.

It is distinguished not only by its color, but also by its tall bottle, inspired by the impressive Roman colonnades. Galliano liqueur began its life in the late 19th century after carefully sorting and mixing 30 plant extracts.

Galliano is a complex liqueur flavored with herbs, spices and essential oils by means of multiple macerations and distillations. The production process is complex and includes seven cooking cycles and six distillations . The aroma depends not only on the choice of plant products, but also on how they interact with each other during distillation.

Although the full list of 30 ingredients is still a top secret, the following are known to be considered the most important:

Separately obtained distillate from dried Spanish anise seeds . After about three months, all the components are mixed, sugar, saffron for color, alcohol to the desired strength are added to the mixture, and then another period of aging follows.

Galliano L’Autentico has a bright yellow-gold color with shades of green. The aroma has hints of anise, juniper and delicate vanilla.

Anise and mint come to the fore in the attack of taste, and on the palate the liqueur is felt with fresh herbs , cinnamon, ginger, nutmeg and citrus fruits. The aftertaste has long-lasting milk vanilla, refreshing mint and spices.

But how is the herbal elixir actually born and how does it gain worldwide fame?

The creation of Galliano liqueur

Senor Vacari was a successful importer and distributor of wines and spirits in the Tuscan port of Livorno on the west coast of Italy, but in fact his ambitious son is who skillfully realizes the market potential of the liqueur named after the war hero.

Arturo Vaccari founded his own liqueur and distillation company called Distilleria Arturo Vaccari, also based in Livorno, but independent of his father ‘s activities.

He makes traditional Italian liqueurs , such as sambuca, which his father and other traders are distributing, but he wants to create his own liqueur, to be proud of and whose name will be immediately recognizable.

The distillery released alcohol in 1896 with a label with Fort End . But success only comes when Arturo is 42 years old. His creation – Galliano liqueur, became one of the largest liqueur brands in Italy and the best-selling liqueur in America in 70s of the last century. 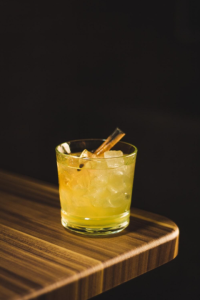 From the image of the heroic Major Wakari borrows not only the high spirit, but and the ingredients for your liqueur. The description of the liqueur states that the major has always worn homemade liqueur from Italy in his campaigns and that Vakari bases his product on this recipe.

To solve the problems that arose in the production and sale of liqueur, Vacari turned to the Turin company Fratelli Maraschi SPA (today Maraschi & amp; Quirici). However, the loss, albeit partial, of brand control led to a number of attempts to modify alcohol, to make the drink more profitable.

For example in 1928 Marashi forced the author to add green anise and vanilla to the recipe. Then, in the 70s of the last century, the strength of the liqueur was reduced to 35 ° , and in the 90s even up to 30 °, adding a large amount of vanilla flavor instead of natural vanilla.

Galliano experienced a sort of boom in the 1970s, but sales declined since the 1980s, while the Amsterdam-based company Lucas Bols acquired the brand in 2006. by the French group Remy Cointreau and points out to Maraschi & amp; Quirici the need to return to the original recipe and the strength marked by the addition of the word L’Autentico to the name.

This helps to distinguish the original liqueur from other types of Galliano, that are also on the market. Galliano L’Autentico is now produced in Chieri , a small town at the foot of the Italian Alps. This is where many herbs and spices used in liqueur grow. 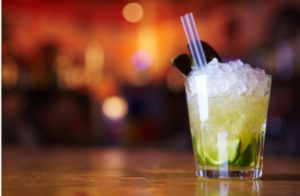 There are other variations of the drink:

How is it served and drunk?

Galliano L’Autentico is a sweet liqueur with a complex herbal aroma , in which is dominated by mint, vanilla and anise. However, the aromas are so delicate that we can in no way define Galliano to anise liqueurs. You can enjoy this divine elixir as a digestive at the end of a rich meal. Digestives are drinks that speed up metabolism and aid digestion.

Liqueur is also a beneficial ingredient in the preparation of cocktails . The most popular cocktail with Galliano is Harvey Wallbanger (Harry crashing into the walls).

To make it you will need a large glass at the bottom of which are placed large ice cubes. 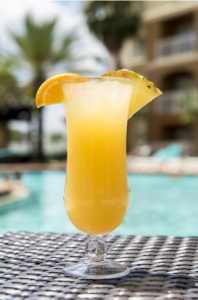 With its spicy anise and vanilla bouquet and intriguing color, Galliano liqueur is a staple for dozens of cocktails, created in the 60s and 70s by experienced bartenders, including Golden Cadillac and Golden Dream celebrating the golden age of Hollywood.