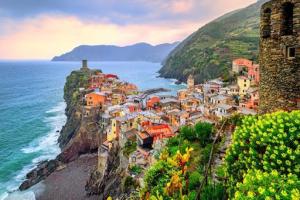 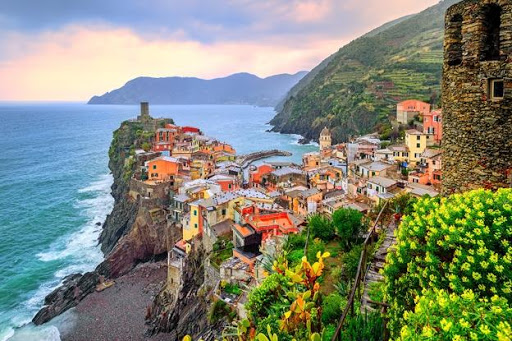 Italian cuisine offers some culinary wonders that can impress even the whimsical gourmet fans. Now we will look at one of the popular varieties of Italian cuisine – the traditional cuisine of Liguria.

Spices and vegetables are a mainstay of Liguria’s traditional cuisine. Some of the main ingredients in Ligurian cuisine include sour pies, dishes with a combination of vegetables and cheese, cottage cheese and eggs. Onions and olive oil are also used.

Liguria is located in the northwestern part of Italy. Liguria is known for its spices, vegetables, and seafood. Characteristic of the region are sour pies, cheeses, dairy products, eggs.

Onions and olive oil are widely used. The sauerkraut mix green leafy vegetables and artichoke. Because the soil of the region is not suitable for wheat cultivation, Liguria residents use chickpeas and panissa in a dish that is similar to polenta. The panisa is served in kind or with the addition of onion, artichoke, sausage, cheese and fresh anchovy.

The inhabitants of the hilly regions use chestnuts in their meals as a source of carbohydrates. Ligurian pasta includes corzetti from the valley of the Polchevera River, ravioli in triangular shape with vegetable stuffing, piccagge, ribbon-shaped pasta made with a small amount of eggs with artichoke or pesto sauce, boiled beans with potatoes, trophy, Ligurian pushes. 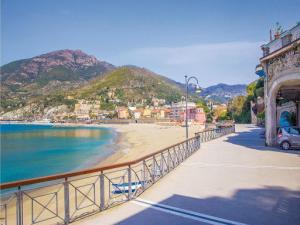 The traditional Ligurian snacks are made from whole grain flour and boiled potatoes, which are characterized by a spiral shape. Dumplings are often served with pesto.

Many Ligurians who migrated to Argentina at the end of the 19th and early 20th centuries had an influence on traditional country cuisine , dominated by meat and dairy products that were difficult to produce on Ligurian land.

Italian cuisine is extremely diverse.Most of you probably know that every Italian region has its own traditional cuisine. Each Italian village even has its own local dishes region-specific products and historically culinary traditions that have been alive for centuries.

Liguria’s specialties are almost unknown outside the country, but in no way inferior to world-renowned specialties. Here are some traditional Ligurian dishes that you shouldn’t miss out on.

The regions of Tuscany, Naples and Emilia Romagna are well known for their specialties. But unlike them the region’s traditional recipes Liguria are not so popular across the country except for the popular pesto. 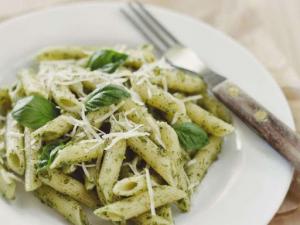 In Liguria, this dish is prepared by hand with a hammer and a mortar. Used cedar nuts, basil, garlic, pecorino cheese, parmesan, olive oil . Unlike other places where this kind of pesto is made, it does not include arugula, cashew and walnuts. In the Genoa region, prescinsêua (cottage cheese) is also added.

This pesto serves two types of paste: friction and trophy . Trophies are small, opaque-shaped, and friction-like spaghetti, but are almond shaped than standard round. This makes them excellent for absorbing pesto sauce. Ligurian dishes do not use spaghetti or pasta. 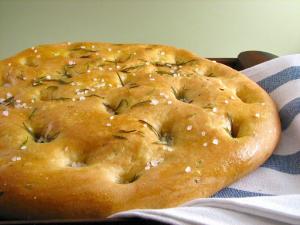 In Liguria, bakers usually display their freshly baked focaccias at lunchtime, which shine as they are oiled. Focaccia according to Ligurian culinary traditions is seasoned with olives, onions and cheese.

A special type of focaccia is being prepared in Reco – focaccia di Recco < / b> . It is thinner than the classic focaccia and has a soft Stracino cheese filling instead of sprinkled with additives. Once the focaccia is baked, the melted cheese flows after it breaks the crunchy and fragrant bread , which makes this type of bread a real temptation. The focaccia is consumed while still warm.

This Ligurian dish is one of the oldest and most refined dishes in the region. In the past it was known as food for the common people, but now it is a real delicacy.

A layered salad that includes local vegetables and breadcrumbs, fish, seafood gifts as well as special green sauce which is a combination of Verde sauce and mayonnaise . Magro means “clean” since the dish does not contain meat and was therefore consumed during the fasting period.

Another appetizing dish with Liguria region paste. This dish has its roots in ancient Etrusia. Some others claim that this is the oldest pasta dish in the world. The flour for testosteroles is made from water, flour, salt and the mixture is baked in a special cast iron pan called dough where the name of this type of paste comes from. The result is a round pancake, which is cut into triangular pieces and served with pesto and olive oil drizzle and grated cheese.

The first recipe appears in Lunigiana – Historic District of Italy with a mountain location. It is located in the southern part of the Liguria region and was the center of Etruscan civilization. 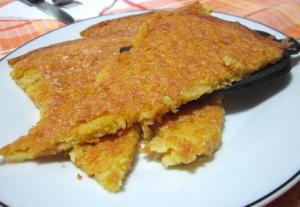 Another appetizing Ligurian dish that has been promoted beyond the Italian borders. It is made from a mixture of olive oil, chickpeas, flour, water, salt , which is poured on a hot grill pan.

The preparation of the farina dates back to Roman and Greek times. In Liguria, farina is consumed freshly cooked, while in Pisa it can be eaten in sandwiches.

In Buenos Aires very often the farina is eaten on a slice of pizza, in Nice is called socca , Pisa is called cecina , and in Sardinia and Argentina – fain à.

In 1824, the Genoese Doctao Navy returned from battle and a storm struck them. The only food left on board was barrels of chickpeas and olive oil, which were poured and mixed with seawater.

The following day, the sailors received a mixture of chickpeas, olive oil and seafood in their bowls. Some of them refused to eat this and poured it out on the deck where the sun baked the mixture to make the first headlamp.

This dish is cooked by frying parsley, onion and adding flour, milk, egg yolks. The mixture is allowed to cool and solidify before dipping it in proteins and bread crumbs and then frying in olive oil. It is usually consumed as an afternoon snack while still crispy and warm.