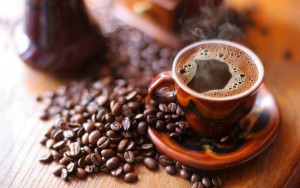 Italian coffee – a ritual of pleasure

Many people, when entering a coffee shop, simply order “coffee” without distinguishing between different types. The Italians are not. For them, drinking coffee is a ritual in which they fully enjoy the flavors, aromas, density, aftertaste in the mouth, they enjoy the “character” of the coffee. 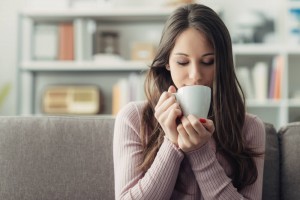 Which, of course, is what all connoisseurs do. And Italians surely are ones because they have largely defined the culture of coffee drinking in Europe. If you think about it, you will see that the most popular coffee terms are Italian – espresso, latte, cappuccino and others.

Italians drink coffee every day – at home, at work, in cafés, restaurants, and there are traditional rules they respect. This traditional Italian coffee “goes” alone at breakfast , as part of the traditional Italian cuisine, and is then usually drank with. For the rest of the day, Italians generally prefer it black, dense, bitter, energizing after a meal.

While their cappuccino is a specialty, they do not drink it after 11 a.m.  – if you see someone ordering a cappuccino around noon or later, he is most likely a tourist.

By the way, it is curious how the term “cappuccino” is very similar to the name of the 16th-century priesthood order of the Capuchins. They had pointed hats like hoods, which is the first association for espresso cream or milk foam. The other association is the black as a cassock coffee, with a “hood” that is white like the monks’ bald heads…

Apart from the curious moments, it should be mentioned that the traditions of preparing Italian coffee have some regional differences. In Venice for example, traditional coffee still has some oriental influence – sweet, with vanilla flavor. In Liguria and Piedmont, the Italian coffee is also sweet and elegant, while in Milan, say, coffee is “more business-like”, relatively quicker, energizing for work. In Naples it is black, tight, strong, short.

Because of the many differences in making – a small glass, a large glass, supplements, etc., for example, Marocchino, which is typical of Milan, in Turin becomes Bisserin, and in Puglia – Espresino.

Coffee enters Italy in the 16th century when Venice begins to trade with it. Interestingly, the church, which has traditionally been very influential here, was firmly opposed to coffee. She defined it as a “devilish drink” of the unbelievers. 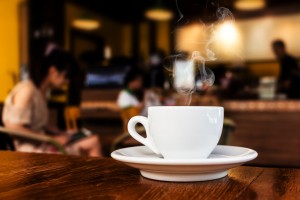 The reason is that it came from the Arabs. Coffee was discovered in Kenya in the 9th century, after which the Arabs monopolized it and for centuries kept secret how they cultivated it, how they processed the beans and made the drink itself. A turning point in the church’s position occurred with Clement VIII, who was a pope from 1592 to 1602. He tried the coffee, and said it would be a sin to drink such a tasty drink only by the unbelievers, and in order to defeat Satan he blessed coffee and pronounced it a Christian drink. Since then, coffee has become the most popular drink after water.

In fact, coffee has gone through twists and turns in the Muslim world as well. There were passionate supporters saying it was the “Muslim wine,” but also fierce opponents. The opponents considered it a devil’s creation because it was gathering people in large groups, and this was only to be done in the mosques. In 1511, a Supreme Council of Muslim clerics decided that coffee corrupts and banned it. And Murad IV, who ruled the Ottoman Empire from 1623 to 1640, even introduced a death penalty for drinking coffee. Of course, this ban also died with time.

Probably because of the initial resistance of the church and because it was expensive then, the Italian coffee did not get a lot of popularity right away. Trade in Venice began in 1570, and the first café there opened decades later.

In 1645, “Cafe Florian” opened and it is not only still existing today, but is among the most famous cafes in the world. The first specialized coffee shop was opened in 1683 again in Venice, in the San Marco area. After all, coffee for centuries has been part of the Italian lifestyle and culture.

The types of Italian coffee are varied and have become world brands. “The secret” is in the way of roasting the beans and combining different varieties in certain ratios to produce unique blends.

According to the tastes and aromas, the types of Italian coffee can be described as classic, elite, more ordinary, amateur, etc. There are also relatively new brands already on the global market.

Lavazza is the most popular Italian coffee – it is consumed by more than 80 percent of the Italian consumers. Its success is due both to the selected varieties and to the technologies used by the brand. The company started in 1895 by Luigi Lavazza, whose concept was originally the mixing of varieties to achieve unique flavors and aromas. Beginning as a store, today the company makes coffee for espresso, lingo, ristretto and others. It is soft, light, balanced.

The second place is taken by Kimbo. The blends of this coffee are premium-grade – made from selected Arabica varieties and Robusta grains. The finished coffee is thick, rich, with a strong and specific taste, leaving a long-lasting soft taste in the mouth.

The third-largest consumer demand for Italian coffee is Gimoka. Its mixtures are a wide assortment – combinations of Robusta and Arabica – Asian, African, South and Central American. This allows a great choice – it can be bitter, it can be sour, thick or soft, with different aftertaste – fruity, chocolate, color.

Danesi has over 100 years of constant improvements in the taste qualities of blends through consumer assessment tests. The blends formula is a trade secret, but the coffee that is obtained is very popular – thick, strong, without the taste being sharp, rather soft with a unique flavor.

De Roccis is an old recipe for Italian coffee from Arabica and Robusta in given proportions. The result is strong, thick espresso with notes of fruits and flowers.

The statement that Italy is creating today’s culture of coffee drinking in the Western world and worldwide, is not accidental. Revolutionary Italian discoveries provide basic insights into what coffee is and how to drink it. 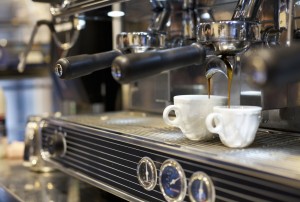 It can be traced back to the Capuchin monks in the 16th century, who we already mentioned. Besides the figurative associations with them about the term cappuccino, the legend tells that they actually created the popular drink. Capuchin monks discovered the taste of coffee with milk whisked over steam until they got a fluffy foam. For strength of the milk foam they added some cream. Thus, the cappuccino was invented – today among the most popular types of Italian coffee, which conquered the world.

This Italian invention set the tone for cappuccino coffee makers. Although refined, they still work on the principle invented by a self-made mechanic named Giuseppe. Giuseppe’s “Machine” had two compartments – to heat the water to steam, which, by way of a tube, went to the other compartment for milk frothing with an agitator.

The automation was continued by the Italian Achille Gaggia, who in 1948 invented an espresso coffee-maker – an undisputed revolution in the making of coffee. In addition to espresso and cappuccino, Italy has also given a number of concepts in the preparation of coffee latte (with milk), ristretto (particularly strong), con panna (with cream) and others.

Adding to everything said here, the “Italian concept” of coffee also floats … in space! Lavazza and Argotec jointly at the Space Agency of Italy, made the first space espresso machine. On May 3, 2015, Samantha Christophorreti, an Italian astronaut, became the first person to have espresso coffee in space!

When it comes to interesting facts about coffee, there is no way but to start from its very discovery. It happened quite accidentally – because of goats suffering from insomnia. A pastor in Kenya in the 9th century noticed that his animals did not sleep at night. He did not know what was going on and what to do, so he shared with the monks of a nearby monastery. 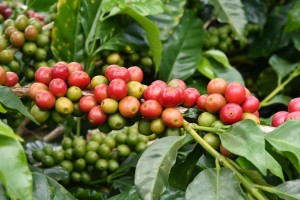 They unraveled the mystery – the animals grazed on cherry-like fruit, which was actually coffee. They started making experiments and discovered that the grain potion gave an energy boost.

The first written records of coffee are from Arabic sources, and coffee beans are found among the remains of the city of Julphara in Ethiopia. They are dating back to the 12th century, with coffee being made from grains and whole leaves. It was so strong that drinking doses were pharmacopoeic – in very small cups.

So, coffee as a plant with certain properties was found in Kenya, Ethiopia is considered to be the homeland of the drink, and large-scale trade starts with the Yemeni and their well-developed Mocha harbor.

Still, a few more centuries had to pass, until coffee appeared in Europe through Venice, and now more than 2.5 billion cups are drank worldwide everyday. It is not known how exactly are they drank, but the Moroccans, say, usually add black pepper, Ethiopians put salt, Mexicans love it with cinnamon. Italians drink espresso with the classic sugar, Germans and Swiss people add liquid chocolate, Austrians go with whipped cream. In Egypt they drink it without anything – they prefer it neat.

With all of its popularity, we can not fail to mention the fact that harvesting is quite labor-intensive because it is by hand. Coffee trees and can reach up to nine meters, but because of harvesting they are cultivated to be far less taller.

A tree gives less than half a kilo of fruit a year, harvesters collect them in baskets each of 100 kilograms. More experienced harvesters can reach up to 7 baskets per day. Once dried and baked, the price of the grains jumps to over 10 times for a basket.